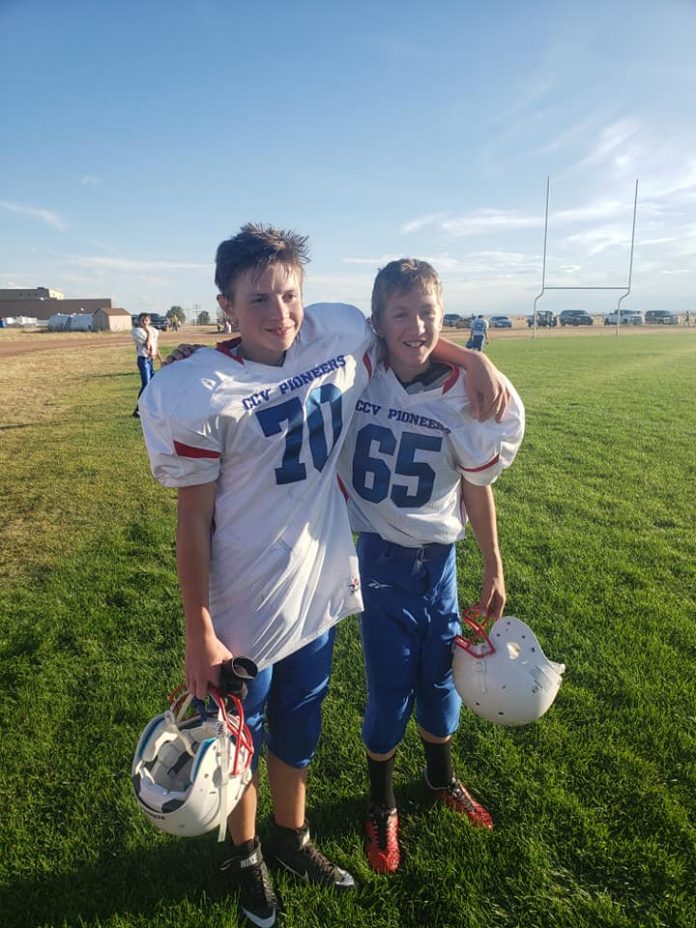 The CC-V Pioneers high school football team has already experienced a rough start to the 2019 season due to bad luck and unfortunate forfeits.

But luckily, their younger junior high team is displaying signs of great promise, a trait that will bode well for the future Pioneer varsity squad.

During a recent game they lost to the Colorado Springs Deaf and Blind School by a large margin during a match that went down in the record books as a Pioneer forfeiture loss.

During another contest, the Pioneers were scheduled to play their first home game. However, an incident occurred at the school that led to a lockdown being initiated. Due to the lockdown the team’s first home game was cancelled and the game went down as another forfeiture lost, giving the boys a 0-2 record to start the season.

The Pioneers hope to be back in action next week as they return to the field for a game that will become their first home game. This week is also their homecoming week and they have a chance to win as they take on the 0-3 Edison Eagles.

Even though the high school team has had a rocky start, the junior high school Pioneers played their first game last week and came out with a win. The young players traveled out east to Hanover to take on the Hornets. The Pioneers excelled as they squashed the Hornets by a score of 49-6.