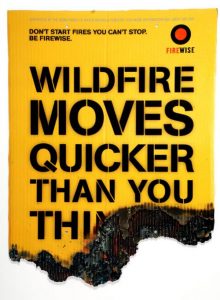 Even with a hefty amount of snow this winter and spring in the Pikes Peak region and the high country, and with snowpack levels well above normal, local residents, firefighters, and elected leaders can’t let their guard down.

After all, it only takes a few weeks for the scorching semi-dry weather that has inflicted the region for the last few years to take hold again. And yes, wildfires are a way of life in Teller County, with a vast amount of lands listed as red, danger zones.

Confronted with these realities and in modeling after a program done in Summit County, Commissioner Marc Dettenrieder told his peers and the press last week about the formation of an official Teller County Wildfire Council.

“We want to bring stakeholders to the table,” said Dettenrieder during last week’s regular meeting. He said the council will consist of a variety of local, county, state and federal government representatives, Teller citizens, emergency responders, elected leaders and much more.  They will try to address public and private lands, and pro-active ways the county can address its multi-varied wildfire risks.

“We want to pull our resources together and really determine who is doing what,” said Dettenrieder. He also sees the council securing more grant opportunities with the formation of this group.

Ultimately, the council wants to play a lead role in facilitating efforts to mitigate and treat more acres on private and public lands in a fire-wise manner within the Teller County area. In some ways, it would represent an extension of such programs as the Healthy Forest Initiative and past programs that occurred after the Hayman disaster of 2002 that scorched more than 100 homes. 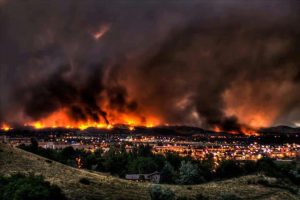 The commissioner, though, cautioned that the council is not a response to a specific fire or blaze that affected the area, such as the High Chateau fire or Waldo Canyon blaze.

“We are very pleased,” said Dettenrieder, in describing the response to calamities that have invaded the region, such as last summer’s High Chateau, a blaze that could have produced much more devastating results, according to officials.

Instead, the commissioner lauded a program done in Summit County and headed by former Commissioner Dan Gibbs, who now serves as the state Natural Resources Director, as a model. He described this as a pro-active approach that got many stakeholders involved.

Dettenrieder said he is taking a lead role in forming the group that will involve a number of homeowner associations. The group plans to meet quarterly.

Eventually, the new director of emergency management,  Don Angell, will take the reins of the project.