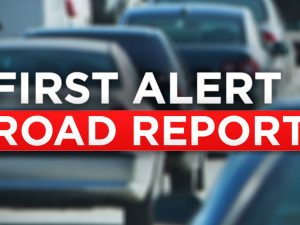 Project Slated for Completion by 2022

Woodland Park residents have been dreaming of a bypass around downtown to reduce congestion on Hwy. 24 for decades.

That dream has finally been approved by the Colorado Department of Transportation (CDOT), with an unprecedented  financial push

The bypass will be an elevated road that will run 30 feet above downtown and cost an estimated $950 million.

Early renditions of the bypass show it will start just east of Walmart and rejoin existing Hwy. 24 at the top of Bluebird Hill. 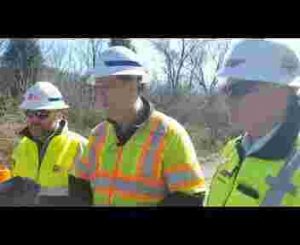 CDOT explained that since the expense and problems with acquiring private land to build a ground level bypass around the downtown area would delay the project well into late 2050’s this option will allow for the construction to begin in 2020 and be completed by 2022.

CDOT representative Tom Dooley explained, “With this plan we don’t have to purchase or condemn any land from private citizens. The buttresses that will support the highway will all be built on right-of-ways owned by the state highway department.”

The concept has met with much enthusiasm from the local business community. Elmer McMurphy, who owns a restaurant on the main drag said, “This is a great idea. Not only will the elevated highway still
allow motorists to see my place, it will also act like a giant umbrella to create shade, and keep rain and snow from cluttering up the downtown area.”

Other business owners also lauded the concept. Danner Floyd, who owns a high-end furniture store said, “This plan will greatly enhance Woodland Park as a destination city and art enclave, that will draw people to come and enjoy the relaxed atmosphere of the city above the clouds.”

Besides creating an easy way to get around Woodland Park’s downtown, the bypass will also free up Woodland Station to become an entertainment venue, according to Downtown Development Authority (DDA)

Chairperson, Billie Bob Larkin. She said, “We’ve wanted to develop a concert venue on Woodland Station, to bring in national acts for some time now, and this bypass will put to rest any opposition to that plan.”

Mayor Niles Leadbetter said, “With construction to begin next summer, local residents, and visitors will soon be able to drive around town without the constant traffic jams and heavy trucking that have plagued the city.”

Money to fund the project will come from a resolution recently passed by the Colorado legislature to use marijuana taxes to include road construction and improvements, as well as funding education.

Governor Jason Poultice sponsored the resolution along with several state legislative leaders. Poultice said, “When I was elected I ran on an education platform, but we are up to our ears in money from the sale of recreational marijuana, and what better way to improve our roadways than to use some of that money to fix our crumbling infrastructure.”

An option that is still in the planning stage is a possible elevated rest area that will be located above the downtown area that will allow motorists to stop and enjoy a fantastic view of Pikes Peak. This will
include a parking area, picnic benches, and landscaping. A stairway will provide access for those who initially wanted to drive around the city but changed plans to walk to the downtown shopping area.