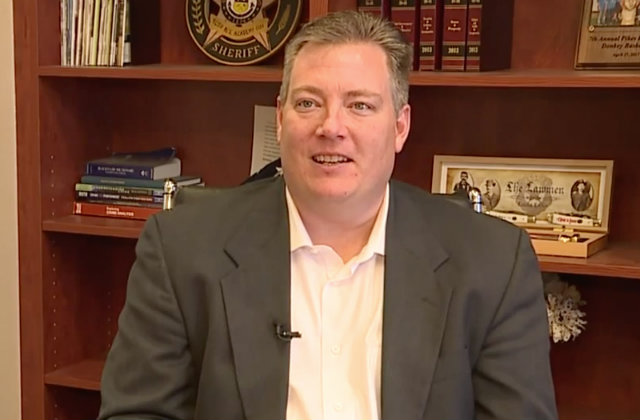 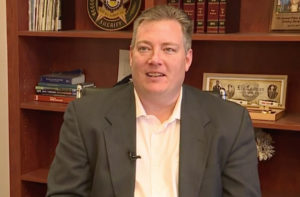 Teller County Sheriff Jason Mikesell and Undersheriff John Gomes talked with TMJ News last week about a slew of hot topics, such as the sheriff’s marijuana-related educational stint in Canada, the status of a controversial American Civil Liberties Union lawsuit regarding ICE detainees and the area’s ongoing growth and crime explosion.

Towards the end of last year, Mikesell was approached by ASIS, a security foundation in Canada, which asked the sheriff to educate them about how their office’s efforts to combat black market marijuana in an area  that has legalized a limited amount of recreational cannabis. The request came after a television station did a special on Teller County and how they have been battling illegal cultivation operations.

Mikesell said that he talked to the foundation about how he was able to crackdown on illegal marijuana grow operations since the law changed early last year.

He talked to the Canadian agency about how he has trained his deputies to handle the organized crime element that law enforcement saw in Teller County in 2018. He also discussed power issues, and how people operating illegal grow operations ran and altered their power lines and electrical wires inside homes.

Another big emphasis of his discussion was how he connected with the community to get help with busting the illegal activity. “They wanted to know how we did our education piece to the community and the clarity of which we used to speak to the community,” said the sheriff. 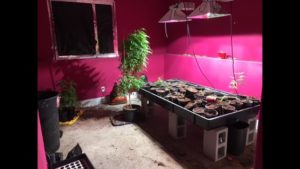 When asked why the Canadian company reached out to him, Mikesell said that it was due to the publicity the marijuana busts received during 2018. “We had one of the first impacts and the largest impact,” the sheriff stated. “We were one of the first law enforcement agencies in the state to really go after illegal marijuana.”

He said that when the Canadian television station interviewed him, the video went viral because the citizens of Canada were not as thrilled about marijuana becoming legal in the country compared to government officials. Mikesell also said that the best part of his trip to Canada was that the security foundation paid for his whole trip, so there was no cost to him or to the community.

This continued crackdown against illegal marijuana operations is expected to continue this year with little letdown, according to most predictions. 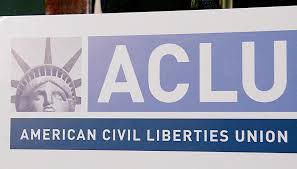 In 2018, a Fourth Judicial District judge ruled against the El Paso County Sheriff’s Office in a lawsuit filed by the American Civil Liberties Union or ACLU regarding the jail holding illegal immigrants when instructed to do so by ICE (Immigrations and Customs Enforcement). The ACLU also filed a lawsuit against Teller County regarding one case that was similar but had different facts.

A different district judge, Lin Billings Vela, ruled differently in Teller County and denied ACLU’s injunction to allow a man out of jail when ICE had put a hold on him. However, the overall lawsuit is still pending.

The undersheriff explained that the cases had opposite results because they are different, and that the county went about defending themselves using a different approach. “With every particular case there are different facts,” Gomes explained. “With our facts, obviously the judge felt that they didn’t amount to the same standards as the facts in the El Paso case did. That’s why they were in favor of us and not in favor of them.”

The sheriff said that the court’s decision in El Paso County would not affect the case in Teller County. He also stated that the overall case is still in the court system and that they were not sure where it would get finalized.

“My main concern is not about rounding up immigrants,” Mikesell stated. “My main concern will always be that we must protect the citizens from the type of bad people that we are going after.”

Several of the main law enforcement agencies serving Teller County have reported a  hefty increase in many types of crime throughout 2018, including illegal drug cases and violent crimes. Many blame the crime increase on the fact that Teller and El Paso counties are both currently growing at a very rapid rate. The undersheriff brought up an article stating how Colorado Springs is looking at a 58 percent growth in population over the next 30 years, which amounts to more than 400,000 people.

“Let’s say there’s 800,000 people living in El Paso County and  10 percent of them want to go recreating, skiing, fishing, hiking, or they want to look at Pikes Peak or go to Cripple Creek on the weekend. This means that there will be 80,000 cars per day driving through Teller County,” Gomes said.

“If you correlate that increase to crime you are going to have road rage incidents, traffic accidents, thefts, gas station frauds, assaults and fights when people drink too much when they come up here.”

Therefore, neither the sheriff nor the undersheriff thinks that the increase in crime will ease up for the area anytime soon. They both agreed that most of the crimes that the sheriff’s office responds to are committed by people that do not live in the area.

The sheriff said that he is currently running into staffing issues, and that at times, there are only two deputies on patrol for the entire county. He also said that an increase in violent crimes has led to a situation where many of his deputies are getting injured and missing out on work. He said that when that happens, he has to pull other deputies to cover them. However, the county’s budget allows limited overtime for deputies and giving employees a lot of comp time creates other issues.

The sheriff said that retaining deputies has also been an issue due to a number of reasons. He said that he often loses deputies to other law enforcement agencies located on the Front Range because those agencies offer much higher salaries and benefits packages. He also said that he loses many deputies due to the fact that it is very expensive to live in Teller County.

The sheriff has also reported that the jail’s population has recently been increasing as well. He stated that the number of Teller residents incarcerated in the jail has doubled, compared to arrest rates several years ago.

“We are going to come to a very serious junction here. I don’t want to go into a cycle where we can’t put people on the roads or we can’t respond to calls for service in a very quick time,” Mikesell explained. “I have to figure out how I’m going to deal with the jail with an ever-expanding inmate count of violent types of inmates.”

As a result of these challenges, the sheriff said that they are constantly trying to develop ways to combat the growing crime rate in a rapidly growing region. He cited training of their deputies as an important focus. The agency has increased training on areas like verbal de-escalation and other tactics to help their first responders better handle violent situations other incidents.