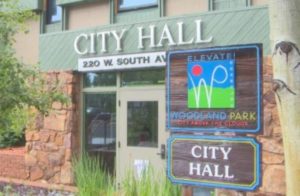 The Woodland Park City Council held a short meeting last week due to delays with a key contract for the town’s future attorney.

The WP Council was going to discuss the approval of the new contract for the, yet to be confirmed city attorney, but that issue was tabled and rescheduled for a special meeting to be held on January 22 at 4 p.m. in council chambers. The names of the candidates have yet to be released by the city. In a big change from past practices, the city wants to hire an in-house attorney, a rarity for Colorado municipalities, except for larger cities.

As a result, the city recently parted ways with their veteran attorney for nearly 15 years, Erin Smith, a partner of the highly touted Smith & Norton firm in Denver. This firm currently represents the city of Cripple Creek and many other municipalities in Colorado.

An interesting side note, if the yearly limit of taps are not sold, a maximum of 20 taps can be rolled over to the following year.

Wiley said the city has a total of 690 water taps total left that can be sold to single family residents. This allotment is one of the ways the city can control future growth.

During council reports, Councilman Noel Sawyer brought the taps issue back up. Sawyer read some statistics and asked Wiley to explain how last year’s water use was, “85.21 gallons of water per day, per
person.” Wiley explained that number is the total of all water used, including; watering parks, commercial, and individual. He said, “That’s all water produced based off of population.” Wiley clarified
Sawyers question. He told the councilman, “The average use is right around 49 gallons per person, per day.”

Wiley noted that water usage is higher during dry years, as well. Mayor Neil Levy thanked council for heading in the right direction and reported that the summit meeting between the Downtown Development Authority (DDA) and council was a good start to further cooperation between the two entities. There was no discussion on the proposed DDA amendment to the original 2009 disposition development of agreement on Woodland Station. This plan could open the door for the possibility of Woodland Station become more of an open space area.

City Manager Darrin Tangeman, gave a presentation acknowledging veterans who serve in local governments after retiring from the military. Tangeman is the co-founder of the Veterans Local Government Fellowship, which aims to transition those with military experience
into public service positions in local government.

Council also bid farewell to Executive Director of the Colorado Municipal League, (CML) Sam Mamet, who retired after 40 years of service on CML.

Teller County Assessor, Colt Simmons gave a brief presentation, fulfilling his promise to give a quarterly statement to council on what is going on in the county assessor’s office. Simmons said his
office is always open to new businesses that have questions and stated, “When we have businesses that would like to come visit with us, I’m going to say, ‘Whoa. Let us come visit you.’ Save the drive to
Cripple Creek.”

The February 7 regular council meeting has been canceled. The next regular meeting of council will be February 21, 2019.