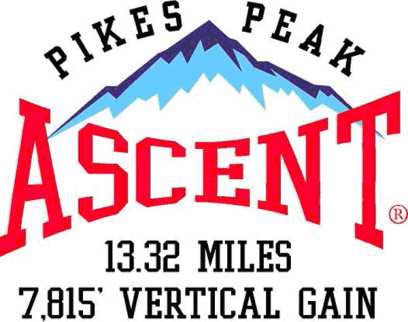 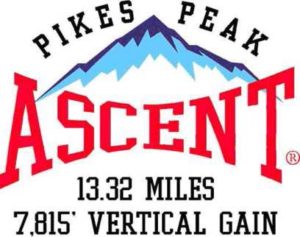 Who said Woodland Park and Teller residents are complacent mountain deadbeats who don’t know how to compete in long-distance races?

Several local athletes of a variety of ages showed off their long legs during the annual Pikes Peak Marathon on Aug. 19, featuring the sprint up and down the summit, via the rigorous Barr Trail, with the much-anticipated showdown starting and ending in downtown Manitou Springs.

Leading the local Ute Pass caravan of racers was 36-year-old Dean Abel of Woodland Park, who made the nearly 30-mile trek (up and down) in a time of four hours and nine minutes. The race represented Abel’ second marathon. He finished 12th out of a hefty field that extended to more than 500 competitors in the men’s competition.  Not bad.

According to press interviews, Abel did better than he expected and attributed much of his success to his extensive training for the marathon. Abel is a well-versed trail trekker, based on posts on his Facebook page.

But Abel wasn’t the only local who made it and up down America’s favorite mountain, while pounding the trail, the old-fashioned way.

Justin Martin, 44, of Woodland Park posted a time of about 6 hours, 25 minutes to finish in the top 140. Meanwhile, Mark Silas of Florissant, 62, edged over the finish line in downtown Manitou Springs, with a time of 7 hours, 23 minutes, in a big triumph for the plus-60 crowd.  Another older Woodland Park racer, 59-year-old Michael Hauck, successfully completed the course with a time of 8 hours, 50 minutes.

Several competitors from Manitou Springs also did quite well. These included Matt Thieme, 38, who finished in the top 100; and Stephen Sndrhs, who posted a 102nd showing.

The overall race was won by Dakota Jones, 27, of Durango, who conquered the great mountain with a time of a little more than 3 hours and 39 minutes. In the women’s showdown, Megan Kimmel of Ridgway set an all-time record with a time of 4 hours, 15 minutes.

Luckily, the marathon performers were graced by good weather on race day. During the previous Ascent competition, in which racers merely streak to the top of the mountain the day before the marathon, the course had to be shortened due to bad weather conditions, such as a friendly August snow storm.

Despite the rigors of the competition, the Pikes Peak Marathon is an extremely popular race with interest growing on an annual basis. It doesn’t suffer from a lack of competitors.

In the past, a number of local business owners and politicians have competed, such as Marc Murphy, the general manager of Bronco Billy’s casino; and former Teller County Sheriff Kevin Dougherty.

*At the request of his devoted and hardcore trainer/coach, local mountain survivalist and film commission leader Charles Chambers, Trevor Phipps of TMJ News, declined to participate this year, according to local sources. He cited other commitments on the Marathon day.

But Trevor has vowed to compete next year. Yes, this will mark a remarkable video and film. Stay tuned for more developments.