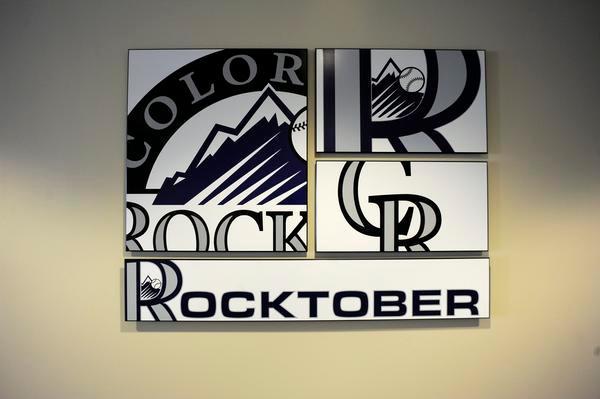 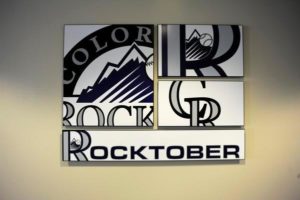 Alright, we are not going to lie to you, royal Bronco and Air Force, CSU and CU fans and other poor demented pigskin souls.

Colorado is Denver Broncos country, with the Broncs commanding premiere media coverage, win or lose, or no matter how bad the insiders are at bombarding us with stupid clichés, like playing one game at a time. Even with the controversies over concussions and bad behavior, pro football rules the sports landscape.

But at least for the next month, focus may switch, just a tiny bit, to America’s so-called former great pastime, with the sizzling hot Colorado Rockies making their first realistic bid to capture the National League West baseball division title and advance in the playoffs. As of this writing, the Rocks, the hottest team in the National League since late June, pulled to a dead even spot in first place with the Arizona Diamondbacks.

The chances are much better for a division title with the Evil Empire, the Los Angeles Dodgers, having somewhat of an inconsistent year and the health prospects of pitching ace and arrogant king Clayton Kershaw still uncertain.

But let’s not make any pretensions. The Rocks have their share of flaws, with a young starting rotation, too many players stranded on base and a wildly inconsistent cast of veteran relievers. 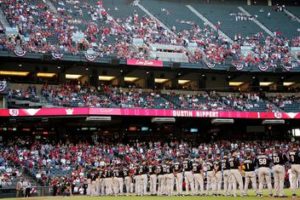 However, when this team is hot, they are hot; and right now they are sizzling hot. Saturday’s victory against the St. Louis Cardinals was a great example with eight runs recorded in the eighth, sending 14 players to the plate. Prior to that, the Rockies hit about as well as your great-grandmother.

This hitting streak followed a highly emotional home run ball by former superstar Matt Holliday, who received a standing ovation for nearly 10 minutes.  Holliday played with the Rockies during their former World Series bid in 2007, before moving to the Cardinals, the Yankees and semi-retiring.  He was recently given a minor league contract with the Rockies, starting out with the likes of the Grand Junction squad. That must have been an emotional jolt for Matt, a seven-time All-star player.

Holliday, who once even mulled playing quarterback for Oklahoma University, is expected to play a big role as pinch hitter and an occasional starter.

Ironically, he now plays for the coach, Bud Black, whom he brought to tears in 2007 when Matt mauled the catcher of the San Diego Padres to snag a playoff spot during a controversial slide to win the game.  Black, the then manager of the Padres, took the episode quite well when replays indicated that possibly Holliday should have been ruled out, and yes, San Diego should have won the game. After that, the Rockies won seven consecutive playoff games before bowing to the Boston Red Sox in the Series.

It’s hard not to love Matt Holliday, with his attitude and work ethic. And that’s just part of the Rockies magic.  They have carved an amazing resurgence with their kid starters, such as Kyle Freeland and  Jon Gray, who looks like he should be singing for a rock ‘n roll band. Jon is an instant hit with the media due to his amazing candor.

Critics considered the Rocks dead in the water with their young starting rotation. But this rotation now has Rocky haters eating their words, and spitting out stale hot dogs in record fashion.

This is a team that has never garnered much respect in the eyes of the East Coast media skum, who just can’t escape their scrutiny of Coors Field. In television episodes recalling the 2007 World Series, the Rockies aren’t even mentioned.

Another positive change for the Rockies has been the recent acquisition of relief pitcher Seunghwan Oh from the Toronto Blue Jays. Mr. Oh may not be able to speak a word of English clearly, but he has apparently soothed the nerves of his peers with his regular use in the seventh innings, giving Adam Ottavino, who wears number zero, and veteran Wade Davis a clear path towards closing the games. The new combination has worked great, giving the relievers renewed life and solving early summer chemistry problems.

But the news isn’t all great. The National League features much sterner competition for the wild card scenario. The Rocks, who won second wild card spot last year, much win a lot more games than in 2017 to repeat that designation.

Unfortunately, it is all or nothing for the Rocks, who aren’t interested in receiving a seat in the back of the playoff bus, a wild card spot. A wild card berth equates to a one-game elimination bout that doesn’t favor the Rocks’ chances too much without any super star hurlers.

The next month is ideal for area baseball fans, with virtually every game turning into a mini-playoff bout. This could provide a little competition with the Broncos. So Mr. Elway needs to keep the Broncs on a winning path to retain the fan base, who may be sneaking into Coors,  a place that regularly hosts near sell-out crowds.

Besides watching the Rockies, fans must observe the standings for Diamondbacks, Dodgers, Cardinals, Brewers and others. Every day is playoff time. That’s what makes baseball great this time of year.

The season may come down to mid-September, when the Rockies square off with the Arizona Diamonbacks for a four-game series at Coors from Sept. 10-13.

Insiders Pick:  The Rockies will gain another wild card spot and win the Wild Card Playoff Showdown against the St. Louis Cardinals.  The Arizona Diamondbacks will capture the National League West title.  The Dodgers won’t be a factor with Clayton too worried about doing stupid commercials and throwing his glove against the dugout in disgust. Let’s hope I am wrong, as a National League West title would go far in garnering more national respect for the Colorado Rockies.