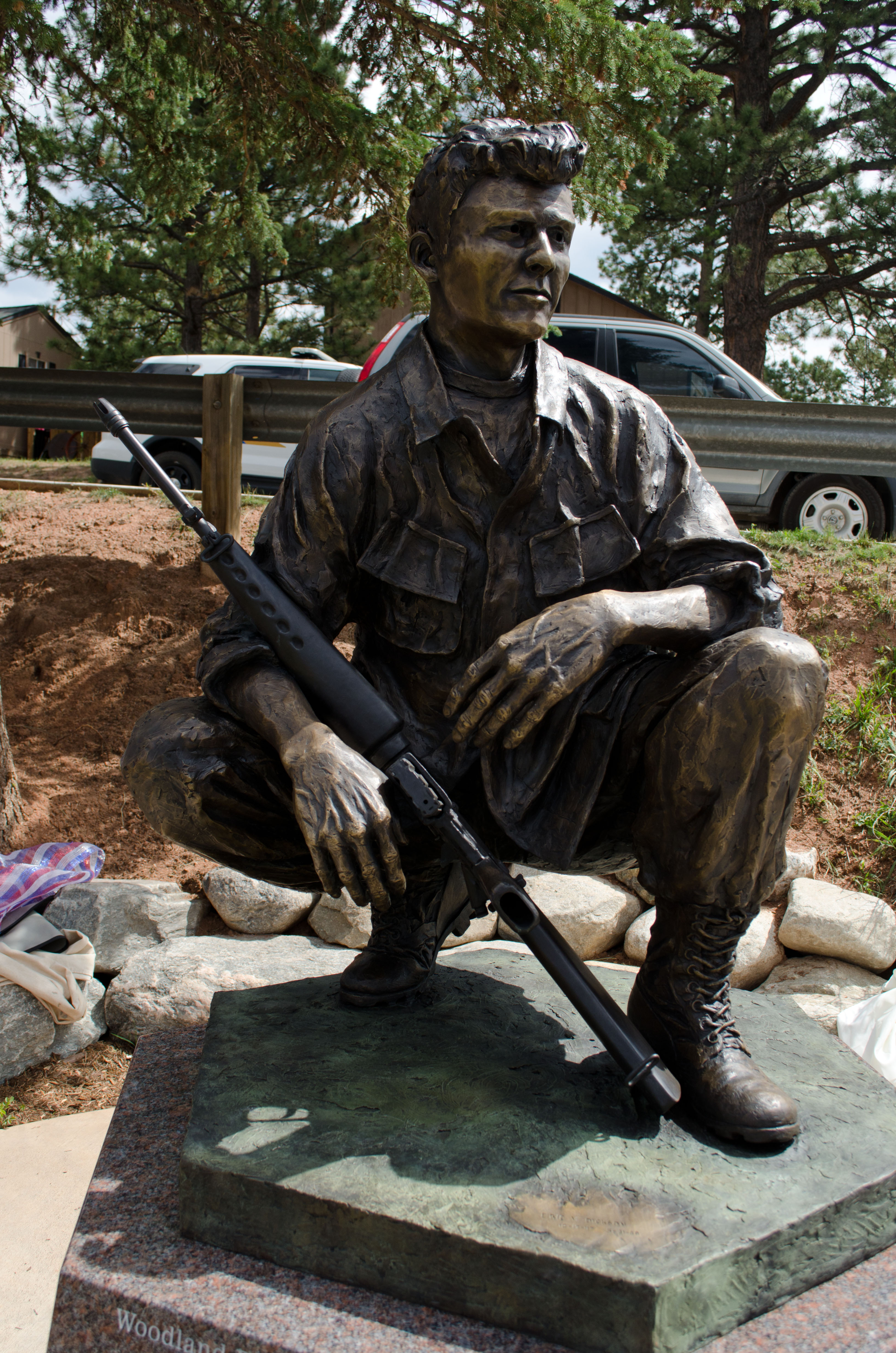 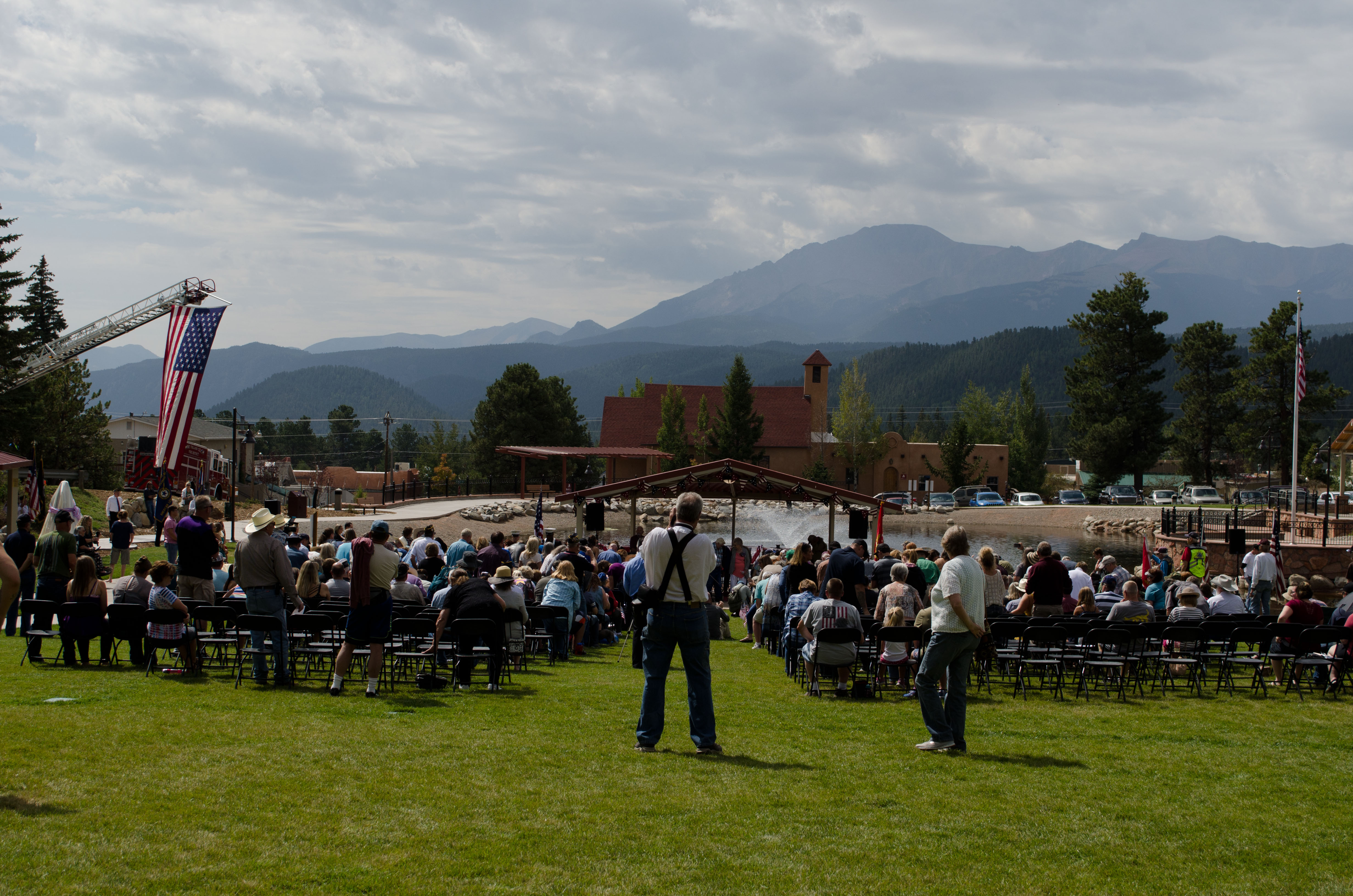 ~ story and photos by Bob Volpe ~ 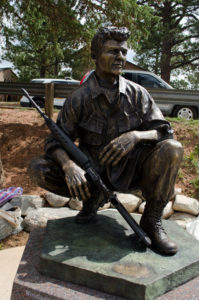 Dickson went off to fight in Vietnam in 1967. He was killed on May 31, 1968, in Quang Tri Province, South Vietnam by an explosive device while on patrol. He was 20 years old when he died. Dickson was the only Woodland Park resident to be killed in action during that conflict.

The crowd was not just made up of local residents and well-wishers. Vietnam veterans from Kansas, Nebraska, Oregon, and Georgia were also in attendance to pay their respects and honor the life of Dickson. 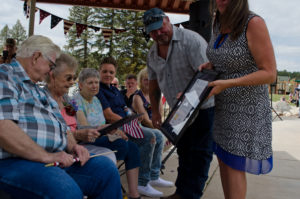 A long list of local, state, and military dignitaries addressed the crowd. County Commissioner Norm Steen spoke about the character, community service, and kindness of Dickson. Steen also mentioned how Dickson serves as a role model for young men and women growing up in today’s world, and how they should strive to emulate Dickson’s values and courage. He said, “These values as Americans are timeless and have always been held and protected by the men and women of character and dedication. While Eric’s life on this earth was far too short, what he lived for continues to live on. These are the values we must communicate to the young people of today. Honor, moral integrity, moral courage, selfless service, and a firm commitment to action on those values.”

Steen spoke about how appropriate it is to place this statue in Memorial Park. He talked about how Dickson spent much of his young life with his friends hanging out in the park. Steen said, “He enjoyed coming here and so today when families and children continue to play, they will see Eric’s image and hear the story of a young man who lived a life of service to his country and to his neighbors, just as those who see this statue can do today.” 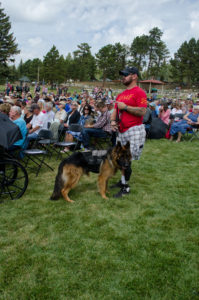 Classmate and friend of Dickson, Steve Storrs, told a story of how Dickson greeted him and made him feel welcome when Storrs transferred to Woodland Park High School. He said, “Eric turned out to be a mentor for me, even though he was only two years older. He made adult decisions when the rest of us were incapable or unwilling to make adult decisions. Eric was always the moderating force in whatever plan we had conjured up for the day. So, instead of pulling a toboggan behind a pickup down Kelly Road at 60 miles per hour, we did it at 40.

“There’s a lot of toboggan riders out there in the audience I can see. He was always looking for someone to help out. Show a kid how to play baseball or basketball, or to take camping. We’d gather up and go cut wood for people who needed wood. Back in those days, you gotta picture
this town, 600 people, no traffic signals, no McDonalds, no Walmart, no nothing basically… If I could leave you here with something to remember Eric by, it would be to look for something good to do for somebody every day.”

Plutt gave special thanks to the Eric V. Dickson committee who spearheaded the drive and raised $80,000 to create the statue, city leaders, county leaders, merchants, and every single individual who donated to this project.

A special moment during the ceremony took place when Dickson’s mother, Shirley Dickson, was presented with proclamations from Governor Hickenlooper and Mayor Levy, declaring May 31, 2018 as Eric Dickson Day.