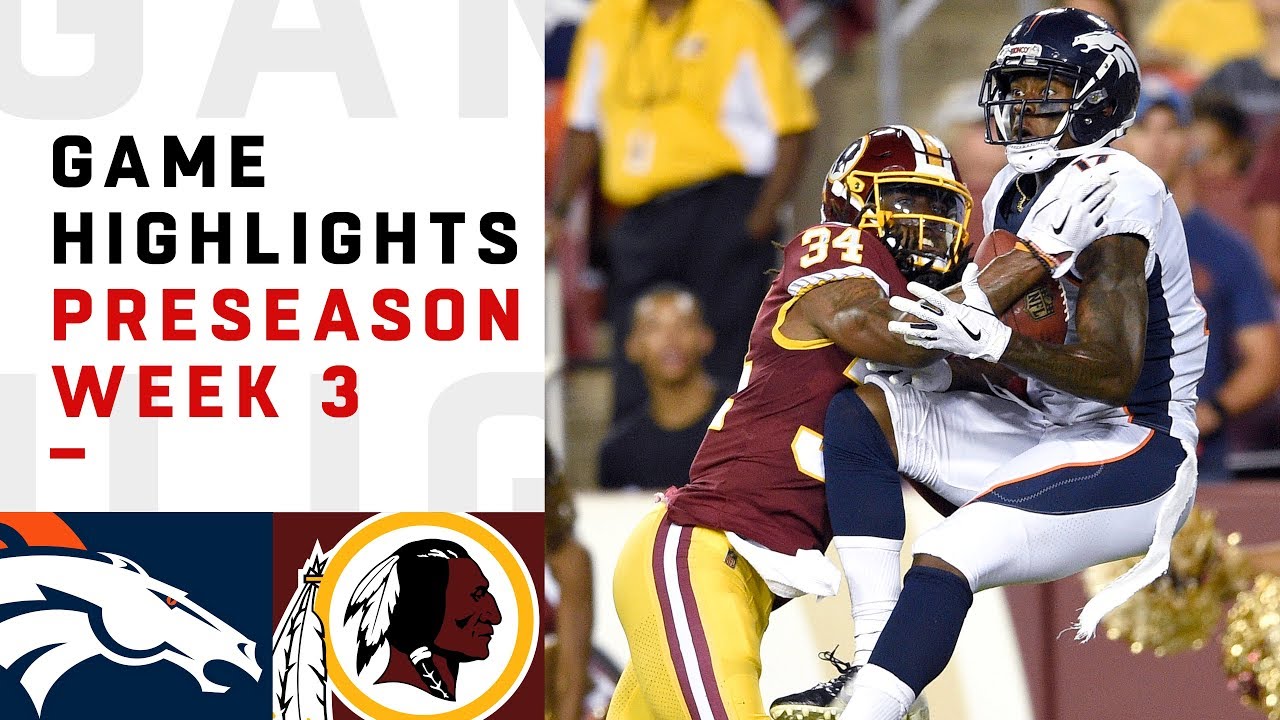 D-Day Looming For Many Team Hopefuls 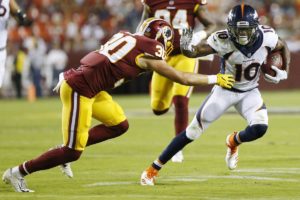 ~ by Bob Volpe ~
Up to this point in the pre-season, the Broncos have had an up and down performance.

With the on the road win last week against the Washington Redskins, the Broncs put on the best showing so far.

Pre-season is, after all, the time to evaluate new players for the most part. That being said, the team has learned a great deal about the talent of some of the latest acquisitions, whether they be draft picks or free agent signings.


The starters saw little action in the first two pre-season games against the Vikings and the Bears, but against the Redskins the starters played the entire first half, in what is considered throughout the league, as a dress rehearsal for the regular season
opener.

The evaluation period for new players will culminate next week against the Cardinals, in a competition to see which of the new guys will wind up on either the final 53 man roster, be placed on the 10 man practice squad, or wind up looking for work with another team after being cut.

Thousands of players around the league will be sending out resumes come the September 1 deadline to cut the roster down to 53.

The Broncos had a great draft this year. On offense, rookies Courtland Sutton, DaeSean Hamilton, Phillip Lindsey, and Royce Freeman have proven to be outstanding additions and will undoubtedly make the final 53. Add to that the performances by last year’s rookies Jake Butt, Chad Kelly, DeMarcus Walker, Isaiah McKensie, and DeAngelo Henderson; and you have a list of guys that will make John Elway’s job of narrowing down the roster a really tough job.

The Broncos are loaded with talent at running back and wide receiver.

The question prior to the September 1 cut is going to be how many receivers and backs the team keeps. Right now the Broncos have five running backs, not counting full back Andy Janovich, competing for what will likely be four spots on the rooster. Lindsey, Janovich, and Freeman are in.  Devontae Booker is the most experienced of all the backs, but his lackluster performance during the pre-season puts him on the bubble for making the final 53. He’ll be fighting for his life in next week’s game. Rookie David Williams will be fighting to keep his job next week as well.

The receiving corps is loaded, and the question of how many guys the Broncos will keep is mind boggling. Veterans Emmanuel Sanders and Demaryius Thomas are shoeins. The team would be best served keeping six wide outs. That means somebody has got to go. As it stands right now, Sutton and Hamilton are on the team, leaving the competition for the last two spots to Tim Patrick, Bryce Bobo, River Cracraft.

On defense the Broncos are stacked at the linebacker position. With the addition of 1st round draft pick Bradley Chubb, the Broncos will have some soul searching to do, to whittle down to 53. Chubb is a no-brainer, as are Von Miller, Shaquil Barret, Todd Davis, Brandon
Marshall, and Shane Ray. Bubble boys at the linebacker position are: Zaire Anderson, and Josey Jewell. At this time, how many linebackers make the 53 is anybody’s guess, because of the dilemma facing the team on how many running backs and wide receivers they want to carry.

As far as the upcoming game against the Cardinals goes, this will be a game of second and third stringers trying to impress Bronco coaches and coaches around the league that they deserve a spot on an NFL team.

By the way, the outlook for Paxton Lynch is dim. He was supplanted as second-string quarterback by the electrifying Chad Kelly. The only question remaining for the Broncos at the quarterback spot is whether or not they will look for a veteran in free agency, if they don’t have enough confidence in Kelly to step into the starting spot, should
Keenum go down.

Insider observation? Kelly can do this!