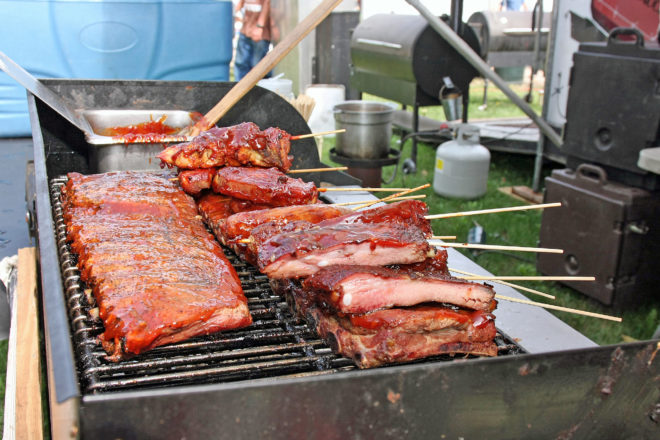 After the last several weeks of rain on a daily basis, all summer activities are back in full swing.

Recently all fires bans were lifted, making even campfires legal. One favorite summer past time was put on hold for a while after Mother Nature bombarded the region with dangerous wildfire conditions. With Stage 2 and Stage 3 fire bans in place earlier this summer, barbecuing and any types of outdoor cooking was outlawed.

One barbecue contest was scheduled for June then rescheduled for July and both dates had to be cancelled due to fire danger conditions. Now that the fear of wildfires has ceased for the season, outdoor cooking contests are back.

On August 17 and 18, Woodland Park was the host to the second annual Pikes Peak Barbecue Showdown.

The two day event was put on by the Colorado Springs Grill Store and took place outside of the Ute Pass Cultural Center and Ute Pass Brewing Company. The competition featured multiple events including a barbecue contest for kids and a people’s choice category. The Colorado Grill store donated a total of 85 racks of ribs for the people’s choice contest. 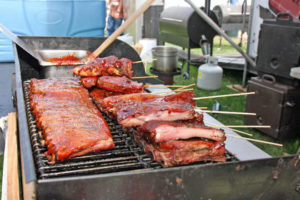 The main event featured 18 competing teams from all across the state that tried to cook their best chicken, brisket, and ribs. The majority of the contest was judged by professionals from the Kansas City Barbecue Society. One team cooked with a pair of custom-made smokers; one was shaped with antlers and the other one was built with a used metal filing cabinet.

After the awards were given out that Saturday, the Pavilion outside of the Cultural Center featured live music. Country artist Andy Riggs from Nashville came out and entertained the crowd Saturday evening at the conclusion of the barbecue contest.

As for the barbecue contest in Divide that has been cancelled twice, it is now on the schedule for sure next month. The cooks competing will arrive at the Paradox Brewery in Divide on Saturday September 15 and cook their meats overnight for the contest that takes place on Sunday, September 16.

The contest will be judged by professional chefs and there also will be a people’s choice contest. The barbecue teams will be trying their favorite recipes out on a beef brisket, a pork butt, and a chicken. The cooks will also be able to enter a meat of their choice, a barbecue tagalong, and their best sauce recipe.

The event is open to the public so everyone is welcome to try all of the different types of barbecue and vote in the people’s choice category. All proceeds of the contest go to Focus On The Forest. This is a local non-profit organization that works towards cleaning up the national forests in the area.