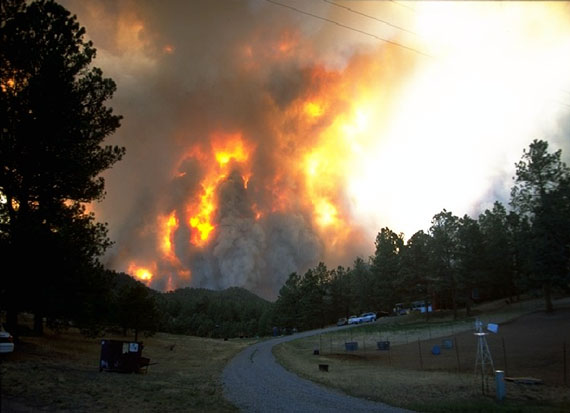 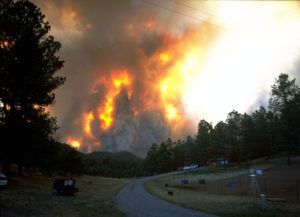 The wounds from the Hayman fire of 2002 that scorched nearly 140,000 acres in Teller, Douglas and Park counties, ranking as the largest blaze in Colorado history, still prevail.

The scarred landscape remains decades away from a full recovery and many residents continue to struggle with huge financial losses. Officials continue to update emergency response plans with one clear message: Remember the Hayman disaster.

In addition, prosecutors aren’t ready to call it a day in their punishment of the person responsible for the fire

Barton initially got a slight reprieve in the jail time she served and was released from prison in 2008, much earlier than the original sentence, and what some fire victims and prosecutors sought.

But last week, Judge William Bain insisted that the Hayman fire-starter violated the terms of her probation by not paying that much in restitution costs. This stemmed from a complaint filed by Probation Department of the Fourth Judicial District Attorney’s Office.

During her original sentence, Barton was hit with a bill of $42 million in restitution costs. Out of this, she has paid about $15,000, according to officials from the District Attorney’s Office.

Under the new 15-year additional probation stipulation, she must work at least 40 hours a week and continue to pay restitution.

The legal saga surrounding Barton’s case has been complex. Barton, 54, was originally sentenced to 12 years behind bars, but it was determined that the original judge had a conflict of interest because he helped court employees evacuate from the blaze. The sentence was consequently reduced.

In several hearings, Barton has received much support from former employees. But victims of the blaze have depicted horrific tales of the hardship they endured.

Local prosecutors have taken a hardline stance towards Barton due to the severity of the fire. 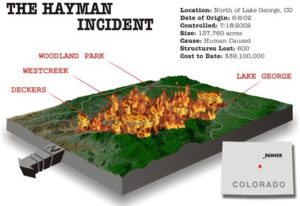 Barton reportedly started the fire accidentally in a campground northwest of Lake George, when she burned a letter from her estranged husband. She couldn’t put out the blaze, and was actually the person who reported the blaze. She later admitted starting the blaze.

Unfortunately, severe drought conditions and overgrown forest areas at the time produced the perfect storm for the biggest natural disaster to strike the region. Within a day’s period, the fire jumped from Lake George to the Teller/Douglas borders north of Woodland Park.

The fire lasted for nearly a month and destroyed close to 150 homes. Daily meetings were held in Teller County for weeks, and the city of Woodland Park came close to being evacuated.