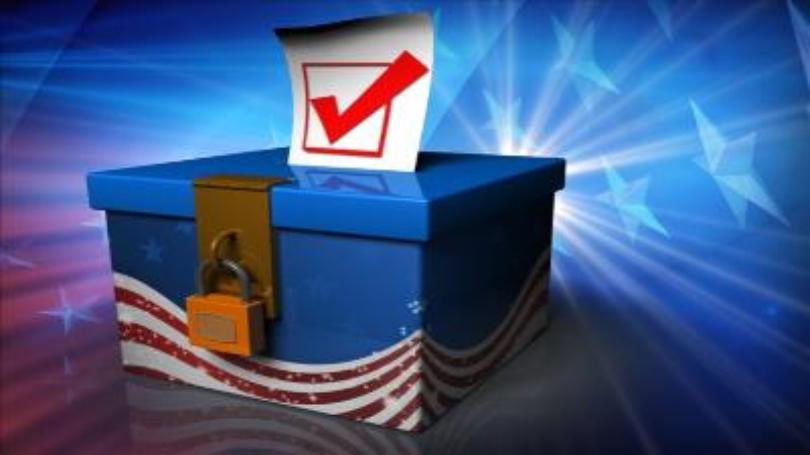 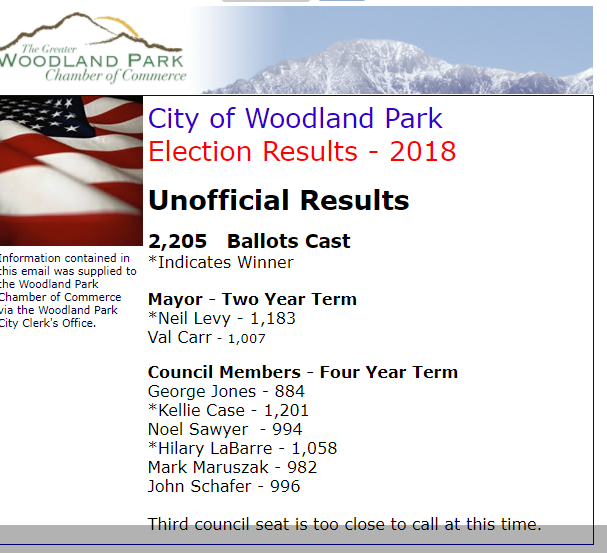 ~ by Bob Volpe and Rick Langenberg ~

Preliminary results of the Woodland Park Mayoral and City Council election were handed down at approximately 8:30 pm on Tuesday.

And the results demonstrate somewhat mixed opinions regarding the type of elected leaders local voters want in office. But regardless, big fiscal changes could be coming for how the city handles finances and deals with a future budget, based on the preliminary council winners. The election results also will have a big impact on the selection of a new city boss.

Incumbent Mayor Neil Levy, a strong supporter of departing City Manager David Buttery, was re-elected to another term beating challenger Val Carr by a mere 176 votes. This will mark Levy’s second term in office. Levy, the owner of the Swiss Chalet restaurant, and a veteran coach and community leader in the area was regarded as a candidate who endorsed the current direction of the city administration. Carr, meanwhile, questioned many of the spending practices of the city and hasn’t been shy about challenging Buttery on a variety of issues.

This race was closer than many insiders predicted, as Carr, a member of the council, faced an uphill battle due to Levy’s well-known stature in the community.


The city council race had six people running for three open seats. Kellie Case and Hilary LaBarre won a first term on council. They both have been quite critical of the current spending path pursued by the administration and have advocated more fiscal conservatism. Case, the city’s former finance director, snagged 1,207 votes, while LaBarre got 1,058 tallies.


All of the candidates made a good showing.

By Colorado State Law, election officials must wait eight days to allow absentee and overseas ballots to come in, therefore, the last open seat winner will not be determined until those eight days pass.


The final vote count will not be certified until the absentee and overseas ballots are accounted for.

For more election information and to view live election interviews from the election night, visit Mountain Jackpot Facebook and www.mountainjackpot.com. Also, don’t miss the next issue of TMJ News, available at more than 150 locations throughout the area.