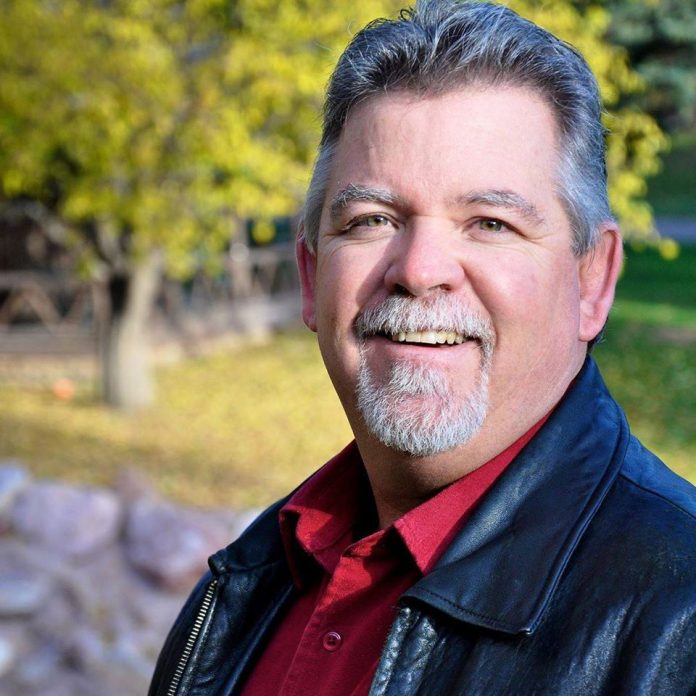 Teller Commissioners: Hold Onto Your Guns and Land

Get involved and stay engaged in state issues, whether that means contacting your representative or testifying on key legislation.

Regardless of your situation, don’t stay on the sidelines.

Otherwise, your guns and weapons and property rights, and even the option of using propane to heat your home,  are at stake. And if that’s not scary enough, get ready to open your pocketbook even more, as rural counties face a tough battle in the coming year.

This was the gist of a stern, somber message delivered last week by Erik Stone, the  newly-appointed chairman of the Teller County Commission for 2023.  Stone, who isn’t shy about expressing disapproval with state bills that he believes provide negative  impacts for the area, came out verbally swinging during the inaugural meeting of the year.

Moreover, he announced the formation of a new forthcoming website, aimed at protecting the interests for Teller County and other rural parts of Colorado. Oddly enough, although rural Colorado doesn’t have the majority of citizens, it actually occupies most of the state map.

Stone predicts the rights of gun owners and land owners seriously at risk in a blue-waving state that has a much different party makeup of lawmakers than it did a decade or two ago.

In fact, with the newly aligned state House and Senate, with Democratic lawmakers holding historic majorities, the consequences of the Nov. election are more daunting that ever before, according to the commissioners. Colorado has become a predominantly blue state, with a growing chasm between urban and rural interests.

As a result, Stone sees a state agenda dominated by a focus on such issues as mass transit, affordable housing and green energy, issues that aren’t quite aligned with the problems facing Teller County. Only now, elected leaders can’t overturn pending bills; they must try to negotiate and make certain bills “less horrible,” noted Stone.

These concerns are shared by the entire board of commissioners.

“We are going to face a lot of challenges,” said Bob Campbell, appointed last week as the board vice-chairman, when talking about the legislative situation.

“Doing nothing is not an alternative,” said Commissioner Dan Williams, who served as the board chairman for 2022.

Stone announced the formation of a new website to help local citizens get more involved in what happens in the state’s capitol, as this could have a big impact on their daily lives. More details on this site should be firmed up shortly, noted the commission chairman.

“We need people to get involved,” said Stone, during last week’s meeting.

According to the board chairman, the COVID pandemic pretty much shut down public hearing activity on key bills. But he wants that scenario to change, now that that the pandemic has eased up.

The good news, according to Stone: The legislature only meets for 120 days, so limited political damage can occur.

The bad news, based on Stone’s analysis:  Lawmakers are pursuing an agenda that favors big metropolitan areas, but that runs counter to the dilemma of rural Colorado.

Gun Rights and Land Use at Risk

For example, Stone believes the rights of law-abiding citizens to possess and carry certain firearms will become banned, or seriously restricted, under possible forthcoming bills.

The issue of local control regarding land use is another hot button subject, with the state considering plans to take these decisions away from local leaders.

The idea behind this push is to accelerate the development of more affordable housing projects statewide. Some state lawmakers say affordable housing is a statewide concern, and question if local leaders are putting up too many stop signs.  Ultimately, this approach could lead to denser housing developments in local neighborhoods.

Stone and his peers believe that a false perception exists that local leaders are standing in the way of these projects getting approved.

The movement to preserve local control is a stand backed by the commissioners and the Pikes Peak Area Council of Governments. Green Mountain Falls Mayor Todd Dixon, who serves in a leadership role with PPACG, has stressed the critical nature of this issue in many public forums.

Teller elected leaders face  a hefty lineup of issues. Stone says the push for continual green technology could even make heating homes by propane illegal. He cited the recently-enacted law against using plastic bags in stores, and other new regulations, such as banning caged hens, as just the beginning of new realities for local residents, with what critics call a desire for more “Nanny” legislation.

But by taking a more strident stand, the commissioners also concede that they need to negotiate more with the majority party leaders from the Democratic side due to their dominant position in the state House and Senate.  Williams believes positive steps have already occurred along this front. “We are making real good progress,” said  Williams, and cites local control as one area where they are making more headway.

Insider political reports also indicate that although the state sports a much more progressive legislative look, the fiscal realties facing the state will restrain a number of the bolder pursuits of key Democratic leaders, with Governor Jarid Polis even threatening to veto some of these super-liberal policy plans.