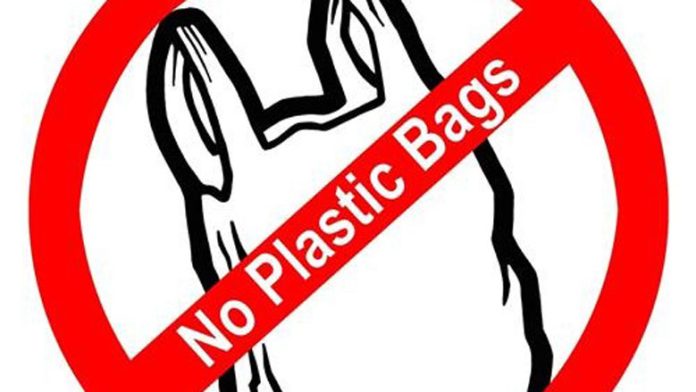 2023 Kicks Off With New Restrictions and Fees

With the coming of the New Year, a spree of newly implemented laws swept across Colorado, like a bad fiscal storm, causing  early 2023 impacts and definite shopper surprises.

And unlike years in the past, some of these changes definitely affect the pocketbooks of  local residents and shoppers.  One of the recent controversial changes was the statewide crackdown on plastic bags at grocery stores.

At the start of the year, stores can no longer hand out plastic bags free of charge. Customers who want the luxury of carrying their groceries in bags now must pay a fee of 10 cents per bag charge.

The new state law signed by Governor Jared Polis in 2021 forces businesses to charge 10 cents per bag for customers who don’t bring their own reusable bags. The law change in 2023 was meant to transition people out of using plastic bags altogether because on Jan. 1, 2024 plastic bags will be banned statewide.

The 60 percent that the city or county gets is supposed to go towards bag fee enforcement costs and waste-diversion programs including outreach and education. Stores that collect less than $20 in bag fees in a quarter can keep all of the money and do not have to give any money to the city or county.

In response to the new law, Walmart has made the decision to get rid of plastic bags in all of their stores across the state. Walmart customers will now have to bring in their own or purchase reusable bags from the store.

At the Walmart in Woodland Park, shoppers were stunned last week when there were no plastic bags available at the self-checkout at all. When one customer asked for plastic bags, an employee told them that they don’t have them anymore and showed them where to purchase a cloth reusable bag.

Many of the customers who didn’t bring a bag were forced to return the items they purchased to the grocery cart and bring all of the groceries loosely out to their cars. In the parking lots, people could be seen loading items loosely into their vehicles as many were not using any type of bags.

A similar state of confusion greeted local shoppers of other major grocery outlets.

At City Market in Woodland Park, the cashier made sure to remind everyone that if they wanted bags they would cost 10 cents each as they were ringing up groceries. If the customer didn’t want to pay the fee, the groceries were loaded back into their carts loosely.

One cashier at City Market said that many people have opted to not use bags and load groceries into their cars loosely straight from the shopping cart. If the customer did agree to the bag fee, then the grocery bagger counted how many bags they used at the end, so that the cashier could charge the correct amount.

Cashiers at the local Safeway outlet indicated that reaction was quite mixed, and conceded that the change has sparked some complaints.   However, the  local Safeway center did have reusable bags readily available at key in-person check-out points.  The only problem is these bags have limited capacity levels.

In fact, the new law has directly affected just about every retail store location in the county. At some gas stations in Woodland Park, managers have hung signs reminding people that if they want bags they must pay the 10 cent fee.

The big question:  Will this change the shopping habits of locals, with more opting for shorter trips?

Other Laws that Went into Effect

Another law that could make everyday things more expensive is the fact that the state’s minimum wage increased once again. The hourly minimum wage in the state went up $1.09 per hour to $13.65 for regular employees and $10.63 for tipped employees. In the city of Denver, the minimum wage went up to $17.29 per hour.

The year also started paid family leave deductions for employees in the state. Colorado workers now must pay fees towards a program that will fund a new paid leave program for workers to take time off to care for themselves, a new child or a loved one. Most workers in the state will see up to a $4.50 deduction for every $1,000 they make.

Coloradans who take longer than 90 days to register their vehicles after moving from out of state will now have to pay additional penalties. The change is expected to bring in more than $7 million to the state’s revenue this next fiscal year.

On Jan. 1, the new law requires that each hen have at least a square foot of floor space in their enclosure. In 2025, cages will be banned altogether and hens will have to be kept in open barns.

Ever since the law went into effect, critics have argued that the law has contributed to the price of eggs rising substantially across the state. Local news sources have also reported that several stores have ran out of eggs since the law has passed.