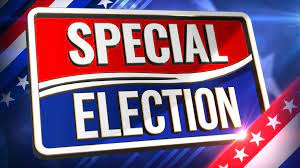 Cripple Creek’s first recall election in two-plus decades is right around the corner, with political bullets getting fired from both sides.

Proponents of the recall say the targeted leaders (Mark Green and Charles Solomone) have lost touch with their constituents and are pursuing a special agenda, and argue that Cripple Creek is losing its tourism and visitor-friendly heritage. They question efforts to no longer sponsor special events and festivities.

Critics, though, say the forthcoming vote is stupid, outrageously expensive and nothing more than a squabble over personalities.

The crux of the fight deals with a decision made last summer to approve a gift shop for the Heritage Center by the majority council members, a move that outraged many small business operators, who perceived this as using city resources to compete with local retailers.  Recall critics, though, have adamantly denied this claim, and have highlighted photos of the new extremely tiny retail spot, which they contend was started to keep visitors in town longer, and not to compete with any gift shops.

In addition, recall critics  say the targeted council members have done more to move the city forward, especially in the area of housing, infrastructure and economic development, than what has occurred in the last two decades.

During an extremely heated  meeting in November, the council gave the go-ahead 2-1 to proceed with the recall vote, as part of a successful petition drive orchestrated by the local Citizens Recall Coalition, led by a few former leaders. Campaign rhetoric from both sides has picked up in the last few weeks, with the final stage now set for the special election.

The proposed replacement candidates are Bruce Brown and Jared Bowman.  If the ouster effort is successful, the successors would just serve until the completion of these terms.

The deadline for returning ballots is set for Jan. 24 at 7 p.m. Ballots can be mailed back, or dropped off.

Don’t Use the Courthouse

Voters are advised not to drop their ballots off at the county courthouse, as this election is being coordinated by the city of Cripple Creek.  Most elections are handled by the county, and permit in-person voting opportunities there.

The recall, special election doesn’t permit that option, and if residents don’t receive a ballot, or have concerns about the vote, they are advised to call city hall at 719-689-2502. The Cripple Creek City Hall facility will serve as the sole ballot return area.

The main person in charge of the election is City Clerk Malissa Gish. The clerk said last  week that all ballots were mailed out on Jan. 3, and procedures are getting set up for people to return their ballots during the day at city hall for convenience, from 8 a.m. to 4 p.m.

With concerns about voting, most electors now prefer to hand deliver their ballots, or to use secure drop-off points. The rate of citizens mailing-in their ballots has declined, according to election officials.

Still, the mail-in ballot system has gained much popularity in Colorado and throughout Teller County.

On election day, the hours for returning ballots in-person or to a secure ballot box area will be extended, according to Gish.

As for the official determination of the election, this may not occur right away.

The results of this vote could play a big role in the future direction of the city over the next two years.

The last recall vote occurred more than 20 years ago, and actually involved a number of court hearings. That one resulted in the ouster of two elected leaders, but by very close margins.