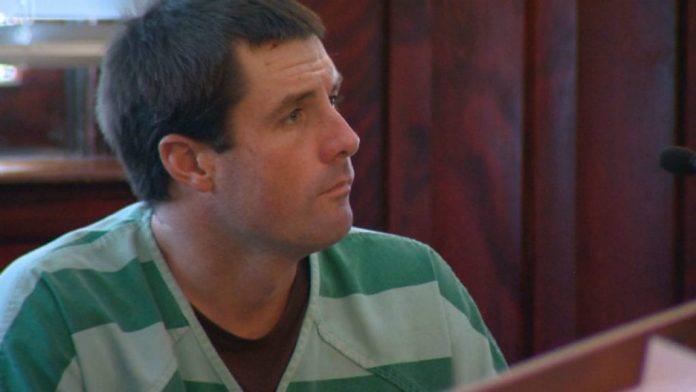 The door has appeared to close for overturning the life prison sentence with no chance of parole for  one of the area’s most renown accused killers in years.

Convicted murderer Patrick Frazee  once again commanded news headlines last week, as it was announced that his effort to appeal his murder conviction was denied by a state appeals court. Frazee was convicted in 2019 of brutally murdering his former fiancé Kelsey Berreth by bludgeoning her to death with a baseball bat on Thanksgiving Day 2018 at Berreth’s Woodland Park home. It was a case and trial that put Teller County on the national spotlight.

Frazee’s conviction came about mostly due to the testimony of his former secret girlfriend, Krystal Lee. Lee took a plea agreement to testify that Frazee had murdered Berreth and then she helped him clean up the crime scene and burn the body on his property in Florissant.

Frazee’s attorneys filed an appeal in 2022 and said that the conviction was based too much on the testimony of Lee. Frazee’s lawyers contended this testimony was unreliable, as she was trying to avoid excessive jail time. In addition, the attorneys argued that one of the prosecutors’ expert witness testimonies, stemming from comments Frazee reportedly made in the Teller jail, should not have been admitted  in court.

The murderer’s defense team also pointed the finger at some of the people on the jury in the murder trial. The lawyers claimed that three of the jurors were biased due to engaging in misconduct by discussing parts of the trial outside of court.

Last September, the Colorado Attorney General’s Office and Frazee’s defense team had their day in court to argue their sides. The state attorney general’s office pleaded that the conviction was fair and that the appellate court should uphold the guilty conviction.

The panel of three judges Timothy Schutz, Matthew Grove, and Stephanie Dunn did not make a decision right away and took some time to decide on the issue. On Dec. 29, it was announced that the Court of Appeals upheld Frazee’s guilty verdict, ruling that Frazee should stay in jail and complete his sentence of life behind bars.

The panel of judges did not release their opinions of why they denied Frazee’s appeal.