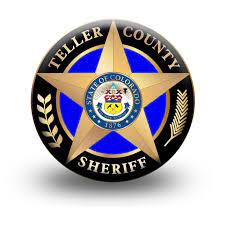 This time authorities have said that the incident involved a 53 year-old man and his five-year-old son as the victim.

Emotions ran high across the community last Thursday when the Teller County Sheriff’s Office announced they were investigating a suspicious death in Florissant.

Then according to a press release later sent out by the sheriff’s office, the suspect was identified as 53- year-old William Brueche, and the victim as five-year-old Liam Brueche. Other reports said the child was a student at Columbine Elementary School in Woodland Park.

The press release reported that the incident all started on Jan. 4 when the sheriff’s office was notified that a father had missed his court appointed child exchange time. Brueche was supposed to hand off the child to his mother that Wednesday evening at the sheriff’s office parking lot, but he never appeared.

Deputies then began a search that night and into Jan.5. Deputies searched Brueche’s known residence and did not find him at home.

Authorities also searched the local area through the night as information they had suggested that he was still in the Teller County area. On Jan. 5, deputies continued searching addresses that Brueche was associated with.

Then just after noon on Thursday, the sheriff’s office received an emergency call of an unconscious man in a pickup truck in Florissant. The sheriff’s office confirmed that it was Brueche’s truck that they had been looking for, and arrived on scene shortly after the call.

After the deputies arrived they found the father and child deceased inside the vehicle. After an investigation conducted by the sheriff’s office and the Colorado Bureau of Investigations, the incident was ruled as a murder suicide.

According to reports on local news stations, the vehicle was found near a gravel pit in Florissant. Workers in the area said they saw several emergency vehicles heading toward the gravel pit close to the main strip of the town.

This incident marks the second similar situation in the county near the town of Florissant in less than two months. On Nov. 13, the sheriff’s office responded to an incident near Florissant where they said Sean Mills shot his wife Adrianna Mills before committing suicide. That one was witnessed by children of the family.

Sheriff Mikesell said that the recent murder suicide incidents have been hard on the community and tough on the first responders. “Mental health is a big issue in this state,” Mikesell said in the press conference when asked about the uptick in murder suicide occurrences across the Pikes Peak region. “I’ll be honest in my 26 years of experience in law enforcement this is the most that I have seen. I think that we are in a point where mental health issues are becoming very serious in the state.”

He indicated solutions to this crisis are needed, but didn’t elaborate on specific alternatives. He also described the latest incident as evidence of a sad level of “evil” in our society, according to a television interview, aired on KRDO.