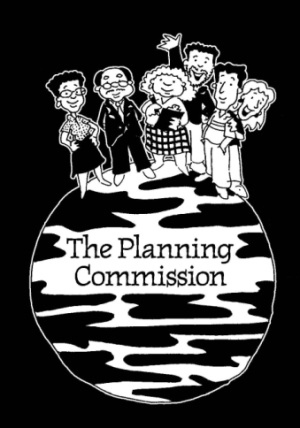 A recent historic milestone has occurred in Woodland Park.

Last week, the city council had a meeting during which the lingering issue of regulating short term rentals did not make it on the agenda. But alas, this subject still couldn’t get bypassed and escape another round of discussion.

In fact, the issue was brought up during public comment by members of the group that are trying to repeal the council’s latest ordinance regarding STRs.

The group asked that council repeal the ordinance and send it back to the planning commission if enough signatures get verified. They said that their ability to generate over 900 signatures proves that the people want more regulations on STRs within the city.

After their speeches, Mayor Hilary LaBarre reminded the public that the signatures had not yet been verified by the city clerk’s office and that they would deal with the issue, if and when, at least 714 signatures got verified. At the end of the meeting, City Clerk Suzanne Leclercq said that she hopes to have the verification process finished by the next council meeting on Jan. 19.

One incumbent planning commission member, Larry Larsen, was appointed. But he was the only resident out of three that applied to get the nod. The council voted against appointing former city council candidates Don Dezellem and Deanne Bettermann.

Bettermann and Dezellem both ran for council seats in the 2022 election and lost their bids. The council was split on whether or not they were viable candidates to be on the planning commission.

Before the candidates had a chance to speak on their behalf, Councilmember David Ott asked the city clerk what the specific qualifications were to be a member on the planning commission. “The qualifications are they must be at least 18 years old, and a city resident,” Leclercq responded. “And I vet that before I bring you the applications so I know for a fact that all three applicants meet that requirement. And they must possess qualifications that are compatible with the commission’s purpose and authority.”

Dezellem took the floor and introduced himself, and explained why he wanted to be part of the planning commission. He talked about his experience with other boards and the fact that he took city planning classes in college. He also said that he brought experience as a “common man” to the commission.

Councilmember Robert Zuluaga spoke in favor of Dezellem and said that he has been deeply involved with city government affairs. He said that Dezellem is a good example of everyday citizens wanting to have a say and be part of the government process.

Council member Ott said that he thought the citizens deserved people with specific experience and qualifications in planning. “We owe the citizens very experienced people to be on our committees when it comes to planning or board of adjustment or board of review,” Ott said. “For myself I am concerned that the experience level to be on the planning commission and to understand those rules and laws, you are lacking.”

Zuluaga argued that the commission had been close to not having a quorum to conduct business. To have a quorum the board needs five members and there are currently six.

In the end, Dezellem’s appointment failed by a 4-3 vote. Councilmembers Catherine Nakai, Frank Connors, and Zuluaga all voted “yes,” and all the others on the dais voted “no.”

Deanne Bettermann then stood in front of council and described specific experiences she has had that make her qualified to be on the planning commission. She spoke about her lifetime experience as a nurse and a leader in the health care sector.

Councilmember Ott then said that all citizens do have a say on what happens with the city government before getting interrupted by  Connors. “There is nothing in our charter that says you have to be qualified to do anything,” Connors said.

But Ott stuck to his belief that people on the planning commission needed to have specific experience in that field. “So, after being a nurse for 45 years, I’m not sure that is compatible with city planning,” Ott said.

Zuluaga also disagreed with Ott saying that all members of the community should be considered for all committees. “It is important for us to engage our community members,” Zuluaga said. “And there are many in this community who feel intimidated to come up here to council because they feel they are not good enough to serve our city. I believe that is doing a huge disservice to our community.”

When it came to a vote, Bettermann did not get appointed to the commission because she got a 3-3 tally  due to Council member Rusty Neal recusing himself from the discussion. Nakai, Connors, and Zuluaga all voted “yes” while the other three said “no.”