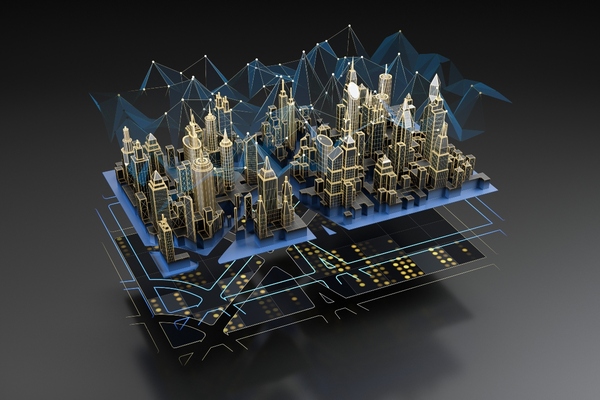 The city of Cripple Creek has hit a preliminary jackpot in its  quest for $10 million-plus in infrastructure payouts.

Salvato told the council that the town was successful in its bid for a $400,000 grant from the state Department of Local Affairs, as long as it could secure a necessary match.

And that match came together too, as Cripple Creek obtained $600,000 from the state’s revolving loan fund, under the jurisdiction of the Colorado Public Health and Environment agency. This latter match was awarded due to the town’s designation as a disadvantaged community, noted the city administrator.

So altogether, Salvato said the city will receive the immediate go-ahead for $1 million for preliminary engineer work for water and wastewater enhancements.

That is a key preliminary step for the city’s push for $10 million in infrastructure improvements, the lion’s share the city hopes to obtain from grants. The announcement of the award, followed an earlier competitive bid presentation in Pueblo in front of DOLA representatives, as the city faced competition from nearly 70 communities

But city officials don’t have much time to celebrate the latest award cycle, as they  face a tough timetable.

“We have a lot of antiquated lines,” said Salvato in an earlier interview.

With current grant monies offered by the state and federal government, officials say the timing is  ideal for the city to take a much more aggressive role than it has  in the past in securing grant dollars for major projects. That way, the city doesn’t have to use its own limited dollars for funding, dollars that were heavily crippled from the COVID-19 pandemic.

But with this stance, the clock is definitely ticking. That’s a partial reason why the city has invested heavily into its enterprise fund for 2023, with a 100 percent increase compared to 2022.  Also, the city has hired a special grant-writing contractor.

The city hopes that by heavily investing into infrastructure improvements, it could pave the way for considerable number of new workforce housing projects.

The city took a preliminary gamble more than a year ago by enticing developers through a major incentives program that mainly waived tap fees and other infrastructure costs for a limited period. This program attracted more housing proposals that the city has experienced in recent years, but fell short of addressing Cripple Creek’s real shortage: affordable apartments.

But that void may soon get filled, or at least addressed.  Preliminary plans could soon get presented for a 500-unit-plus affordable housing project  in the south part of town by a long-time property owner, according to preliminary reports.  Plans are tentatively getting firmed up for a presentation, possibly this  month, for a plan that calls for close to 520 apartment units.

“This is what we really need, said Councilman Mark Green, when discussing the need for largescale housing ventures.

According to certain estimates, a few of the forthcoming housing projects could allow the town’s population base to expand considerably, almost to the 4,000 resident level. “This town is on the verge of seriously expanding,” said Green.

But the big challenge for Cripple Creek is developing the infrastructure to handle these projects by expanding its utility setup to make the area more attractive for developers.  That’s why the city wants to secure $10 million in infrastructure improvements.

“What we really need is housing,” said Salvato.  And the missing gap in the equation now is infrastructure limits with an antiquated system.

The most notable was delivered to Steve and Karen Zoellner. The Zoellners have more than $20,000 to the police department, through cash and equipment.

Steve Zoellner, a former council member, thanked the community and told the public that this their way of giving back to the community.

Steve Zoellner, a cancer survivor, admitted that he has experienced a tough health challenge.

But likewise, he said the city’s police department has struggled with difficult challenges of its own, in residing in a  100-year-old building and a depleting work force, capped by much turnover.

“You are making it work,” said Zoellner.

The Zoellners lauded the support they have received from many community members and the police department in tending to their needs.