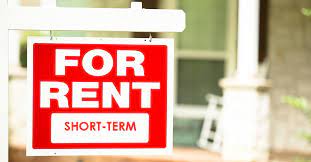 After years of little formal action in opposing the decisions of the Woodland Park City Council, this sense of citizen apathy has drastically changed in the last few weeks.

The grand culprit: the controversy over short-term rental properties, known as vacation homes.

Two referendum petitions have been recently filed pertaining to this issue.  Referendums are high bars that require a hefty number of signatures from registered city voters. But if successful, they can reverse a previous council action or the matter is referred to the voters.

The first group of citizens filed for a referendum petition against the ordinance the council passed that would allow short term rentals in most areas of the cities for the next 12 to 18 months while the city conducts an economic impact study.

Leclercq said that for this second petition, the number of signatures needed to pass it has gone up from 714 to 717 due to more people registering to vote within the city. The petitioners for the new petition will have until Jan. 13 to collect enough autographs.

However, this procedure comes with a catch, as new proposed STR licenses can’t be implemented until a decision is made regarding a previous referendum action that opposes a council verdict to permit STR properties in most residential areas, but under certain rules.

Residents can file for a business license for an STR like they have done in the past but it will expire at the end of the year.

Over the last couple of weeks, a group of citizens fighting against STRs in residentially zoned neighborhoods have been out in full force collecting signatures. Resident Jerry Penland, a former  planning commission member, was one of nine people who wrote a letter of intent to start the referendum petition process. He has helped lead the effort in collecting signatures.

For the last two weeks, the group has been set up at the Shining Mountain Golf Course collecting signatures. The group plans to be at the golf course from 10 a.m. to 1 p.m. and 3 p.m. to 6 p.m. through Dec. 21.

Penland said that he believes the group has a good chance of getting the required signatures before the deadline. “If we don’t get enough signatures it will be because of time and the holiday season,” Penland said. “I am cautiously optimistic still. I have already got 30 some signatures myself. I have not talked to one person that wants a short term rental next door to them. And not only do they want to sign my petition, but they demand petitions so they can get their neighbors to sign. I have handed out five that way when I have just tried to get signatures and people asked for petitions to get their neighbors to sign.”

“How can you have a neighborhood without neighbors?” Penland asked. “These should have never been licensed in a residential neighborhood because depending on how the lawyers read it they are not allowed. We don’t think it is allowed, but the city decided to do it anyway. Three doors up from me is a five bedroom house that advertises that it sleeps up to 18 and they have had an RV and about 10 cars in the driveway and on the street at one time. You already have over 100 all over the place. Do you want 300, 400, 500? There is absolutely no restriction with what the city did.”

The group that filed for the first petition has until Dec. 27 to turn in at least 714 signatures from registered voters. If they get the amount needed, the city clerk will then have 30 days to validate all of the signatures.

This marks the first formal referendum since a failed attempt was organized two decades ago to stop a Walmart development on Hwy. 24.