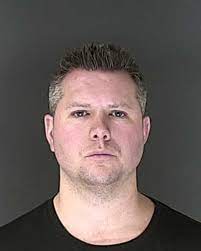 Teller County’s break from big and unusual crime stories and near disasters came to a halt last week, with a spree of arrests and a neighborhood fire that captured major media attention.

For an extended period, Teller took a back seat, hiatus role for these types of cases, a trend that appears to  have now ended.

Here are a few highlights of last week’s major happenings on the law enforcement and emergency response front:

The Colorado Bureau of Investigations (CBI) issued an arrest warrant for a former Cripple Creek detective sergeant. The same day the arrest warrant was issued 36-year old Alexander Kenoyer turned himself in to authorities.

Kenoyer was then charged with three felony charges related to an inappropriate sexual relationship he allegedly had with a victim while on duty. He now faces two charges of unlawful sexual conduct while on duty and one charge of attempting to influence a public servant.

The arrest came about after a joint investigation between the Cripple Creek Police Department and CBI. The allegations came about after Kenoyer allegedly had an inappropriate relationship with the victim of a crime he was investigating in October of 2021.

Cripple Creek Police Chief Charles “Bud” Bright then launched an internal investigation into the situation on August 20 of this year after receiving a tip from a citizen. At that time, Bright reached out to the CBI for help with the investigation.

Kenoyer was then placed on administrative leave on Aug. 24 pending the outcome of the investigation. He then resigned from his position at the Cripple Creek Police Department on Oct. 25.

CBI issued an arrest warrant for Kenoyer on Dec. 19 and he turned himself in that same day. The former detective appeared in the Fourth Judicial District Court the next day and was then released on a $10,000 bond.

Details of the case have not yet been released in order to keep the victim’s name private.

Last Tuesday, the Teller County Sheriff’s Office issued a press release saying that they conducted two search warrants on different properties due to allegations of sexual assault on a child. In the end, sheriff’s deputies arrested 60 year old Florissant resident Shawn Swisher on third degree felony charges for sexual assault on a child by a person in a position of trust.

The sheriff’s office searched Swisher’s residence at the time of the arrest, but no information about anything found at the home was released. The deputies also executed a search warrant at the Kingdom Hall of Jehovah’s Witnesses at 1035 Woodland Ave. in Woodland Park. But, there was no information released if anything was found at the second location searched either.

Swisher was arrested at his home in Florissant and then booked into the Teller County Jail facing a felony charge. At the end of last week, Swisher was still incarcerated at the jail and according to the jail’s website, his bond was set at $250,000.

According to an article published on the KRDO News Channel 13 website, the arrest affidavit listed eight victims in the case against Swisher. The allegations against Swisher date back to the early 2000s with some of the witnesses recalling similar events that happened as early as the 1970s.

The affidavit stated that Swisher was an elder at the local Kingdom Hall of Jehovah’s Witnesses and that he would inappropriately touch underage victims. The affidavit also said that people in power in the church looked the other way when allegations against Swisher were brought up.

The arrest affidavit reported that one witness said that Swisher told them not to tell anyone about what he was doing. Another witness said that they were afraid to report the incidents because they thought they would get excommunicated from the kingdom hall.

The affidavit claims that one elder was removed from their position because they would not stop investigating claims made against Swisher. Other witnesses alleged that other elders within the church did not report any incidents or investigate the claims against Swisher despite being told by numerous people.

Last Wednesday, Teller County residents were put on alert when the sheriff’s office issued an evacuation notice for a small group of residents in the Rainbow Valley subdivision located south of Divide near Highway 67. At around 12:30 p.m., authorities were called to a wildfire in the subdivision near 360 Beaver Pond.

According to Teller County Sheriff’s Lieutenant Renee Bunting, the sheriff’s office only evacuated houses in close proximity to the address of the fire. Deputies and fire crews were able to get to the scene quickly and they went door to door in the neighborhood telling people in the area that they needed to evacuate due to the blaze.

Bunting said that the fire only got to about an acre and a half before the fire crews got it extinguished. The evacuations only lasted while the fire burned which Bunting said was less than an hour.

Bunting also said that the actions of nearby residents combined with high speed winds were the suspected cause of the blaze. “The cause of the fire is still under investigation, but it looks like somebody threw their ashes out from their fireplace or wood burning stove and it was so windy that it just started a fire,” the lieutenant said. “The guys got right on it and they were able to get it knocked down pretty quick.”