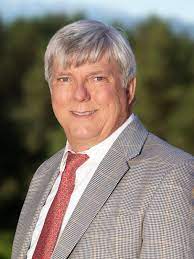 School Board Makes Final Decision on Top Boss Despite Much Opposition

Sparks flew once again in the Woodland Park RE-2 School District as the board of directors made a final verdict on picking a new interim superintendent to finish the ’22-’23 school year.

The subject came to a conclusion during a special board meeting last Wednesday when the board, as expected, selected Ken Witt, as the new interim superintendent for the next six months.

The tensions in the community with the board’s choice as district boss became clear two weeks ago when the board selected Witt as the only finalist in their search for the interim superintendent position.  Concerns have mounted due to Witt’s background and involvement with the Merit Academy, a charter school that shares facilities at the middle school.  Many parents, students and teachers contend they deserve a better candidate for the job, with some worried about his previous track record and the situation surrounding him getting recalled from the Jefferson County School Board.  The preliminary pick of Witt already sparked a student walk-out and a very heated previous board meeting.

Last week, the ongoing political drama continued on Monday morning with another student walk-out protest that had more participants than a demonstration the previous week.

Later that Monday night, the board held their interview with Witt and then had a special meeting on Wednesday to make the decision final. During both meetings, people in the audience verbally assaulted the board,  and a number of people walked out of both meetings.

Chaos started to ensue after Board President David Rusterholtz asked a question he said he received from students. Audience members stood up and started shouting at the board, saying that Rusterholtz changed the question the students submitted.

After a few people were removed from the audience, the interview continued with questions ranging on a variety of topics. When questioned about his experience, Witt told the audience that in his current position as the executive director of Education re-Envisioned Board of Cooperative Services (ERBOCES, the group that originally approved the charter application of the Merit Academy), he is in charge of a number of online schools, including one brick and mortar high school and that the organization oversees the education of more than 5,000 students.

Before the questions started, Rusterholtz gave an introduction to the individuals asking the questions and a brief background of Witt’s professional career. Along with being the head of ERBOCES, Witt was also the board president of the Jefferson County school Board. Before he got involved in the education field, he ran businesses in the information technology and cyber security industries.

The first question Witt was asked came from the parents and asked how he would increase staff retention and attract new teachers to the district. “In my experience, people want to work where there is success and where there is vision, where they feel like they are having an impact,” Witt responded.

Witt was also asked about how he would help the district keep and attract students to the district. “We have an opportunity to create great programs to increase the visibility and success of our schools so that we become a magnet for families in the area, not just in Woodland Park but the broader area,” Witt said. “I think focusing on excellent schools and excellent academic success will have that desired effect. Families don’t leave schools very easily. The truth is, if their needs are being met and the kids are getting the education they were expecting them to get, they are not leaving. So, the answer to how to increase retention is the same as how to attract families, deliver the education solutions that the families are really looking for. Number one they will come and number two they will stay.”

When he was questioned about how the Woodland Park High School has higher test scores than those graduating from schools at ERBOCES, Witt explained why there was a difference in the scores. Witt said that the brick and mortar high school under ERBOCES have high scores and a 100 percent graduation rate. But, some of the schools in the organization he runs, cater to students with special needs like dyslexia which have lower test scores.

During the special board meeting on Wednesday, Rusterholtz had to ask the crowd to maintain decorum, as the board faced constant verbal outbursts. The meeting was short and it only consisted of a brief discussion about Witt being the new interim superintendent, a vote, and an executive session to go over the specifics of the contract.

After the board talked about their desires to higher Witt as the new interim district boss, several people in the audience shouted at the board and walked out of the meeting. During the vote to affirm Witt, most of the audience stood up and turned their backs to the board in protest.

Still, despite this apparent distrust from many in the community, the board president is confident in their decision. At the same time, he noted their pick is for a temporary boss for six months, subject to review at a later date.  The district has suffered financially from big payouts, involving permanent superintendent decisions that didn’t quite work out.

“My expectations for him (Witt) are that he would fall into Tina and Del’s (Tina Cassens and Del Garrick the two previous interim co-superintendents) wake and that he would build a culture of trust,” Board President David Rusterholtz told the crowd. “That he would talk with teachers, all of those things. My hopes are that he will partner with them and truly find the best path forward for our school district. We are a good school district; we have great grades and we are improving. And we continue to improve. Why? Because we have great teachers in the classroom.

“This hire is for a six-month period. We will go over this whole thing again in six months. That is because we want to protect the budget of our schools so that we don’t have to have a big payout like we have the last two times we had superintendents.”