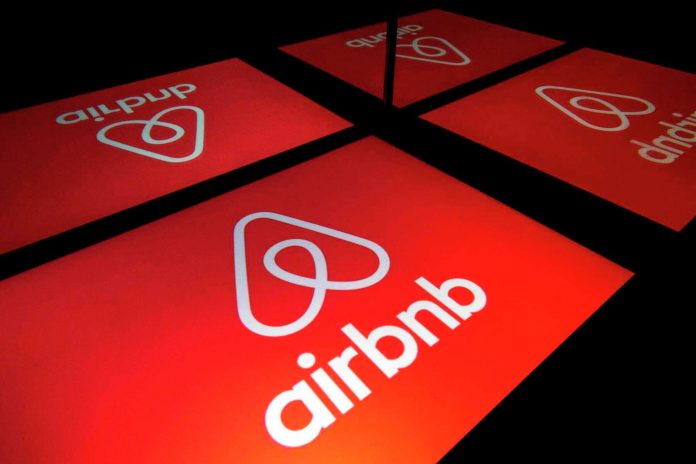 The extremely heated debate over short-term rental properties, a fight raging in Woodland Park for months, may get turned over to the local voters for a final verdict.

But local opponents of STRs, often dubbed as vacation homes, a trend accelerated by the popularity of VRBOs and related online sites, have an extremely tight deadline in order to force a city-wide vote on the issue or to get the council to rethink a recent pro-STR decision.

In any case, a new proposed referendum petition marks the first time citizens have tried to reverse a city council policy decision in close to two decades. It often brings back memories of the former Walmart political range wars, with 15-hour-plus meetings, shouting matches and legal threats.

During a previous city council decision, many thought that the controversy about short-term rentals had ended. During the council’s final session in November, the elected panel passed an ordinance that would allow STRs in most neighborhoods with certain regulations until an economic impact study could be conducted.

However, the day before the ordinance was supposed to take effect, nine residents formed an organized effort to stop the ordinance from occurring. On November 28, the residents submitted letters of intent to circulate a referendum petition.

Since the effort was filed right before the ordinance was slated to take effect on Nov. 28, the ordinance, No. 1431, was suspended from taking effect. Then last week, the residents drafted a petition that was approved by Woodland Park’s City Clerk Suzanne Leclercq last Wednesday.

According to Leclercq, the residents now have a process they must follow to try to get the new ordinance repealed. She said that the nine letters of intent came in before the ordinance was supposed to take effect. This met the legal requirements.

Leclercq said that now the group has to get signatures on the petition in order for it to move to the next stage. Now that it has been approved, the group can start collecting signatures.

The anti-STR group, though, has some tough deadlines to meet.

“They have to collect 10 percent of the registered voters, which includes active and inactive voters of the city of Woodland Park,” the city clerk explained. “So, they need 714 signatures on this petition.”

She said that the group needs to get the 700-plus signatures by December 27, 30 days after the referendum petition was filed. If the petition gets certified, then the next steps of the process to repeal the ordinance will take place.

In most Colorado cities in which citizen referendums are filed, the second route is usually taken.

If the petition gets enough approved signatures, it will then go to the city council for action. If the council votes to repeal the ordinance, then the issue would start from scratch and go back to the planning commission.

Woodland Park council member Frank Connors has vocally opposed allowing STRs in residential neighborhoods since he was elected on council. In fact, he said that getting rid of STRs was one of the reasons why he ran for city council. Connors has adamantly proposed the ordinances that would continue to allow STRs in residentially zoned neighborhoods.

During the last council meeting, Connors was one of two people on the dais that voted against the ordinance. “This ordinance would allow STRs everywhere with no restrictions,” Connors said. “That of course is not in line with what anybody wanted including the planning department. When the city decided to do that, many of the neighborhoods that didn’t allow STRs to begin with are now concerned because the city council overrides all HOAs. When the city makes a new law and it disrupts everyone’s neighborhoods, the citizens get upset.”

Connors said that he had nothing to do with the effort to repeal the ordinance. But, he said that he is glad that other citizens in the city are now taking the same stance that he has always maintained.

Memories of the Walmart fight relived

The referendum marks the first time in nearly 20 years citizens have chosen this path to override a council decision. This occurred previously during a big fight over the current Walmart super store, located off Hwy. 24, in the east commercial section of Woodland Park, following a series of marathon hearing that nearly extended until the morning hours around 2005.  An anti-Walmart group initially tried to initiate a law against big-box stores. After that plan failed, the group then tried to reverse the council’s decision to give the Walmart developers the go-ahead for plans at the current store location.

That effort to force a city-wide vote only fell short by a small number of autographs. The Walmart store eventually opened its doors several years after gaining the okay by city leaders, as the developers had to overcome some flood plain issues.

Similar to the Walmart fight, the STR debate in Woodland Park has featured lengthy meetings, airing comments from both sides of the issue. In recent meetings, most people commenting have appeared to favor the STR properties, citing the need to do more to promote tourism and to foster a healthy economic climate.

STR Action in Other Communities

Ironically, the STR fight in Woodland Park is different from other nearby communities, such as Cripple Creek and Green Mountain Falls. These neighboring towns have also had lengthy discussions on the STR issue.  But due to the fact that they have imposed restrictions on how many licenses can be issued, their forums haven’t gotten quite as testy and have fallen way short of the STR fireworks ignited in the City Above the Clouds.

In fact, a new STR ordinance, approved by the GMF trustees, is scheduled to go into effect within a couple of days. This is referred to by the town manager as more of an operational guideline, rather than a big policy change.

In Cripple Creek, local leaders have approved STR guidelines too that have a similar theme.

In the gaming community, the main concern over STRs deal with clashing with the city’s push for affordable housing.

Across the state, the explosion of STR properties has escalated, with speculation about lawmakers approving statewide rules and standards.