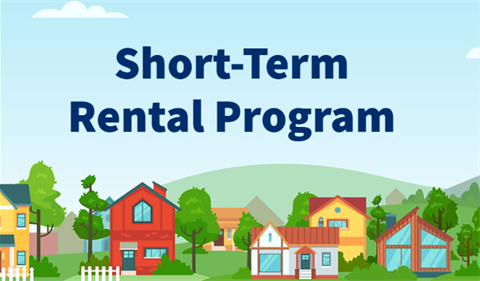 The topic of short-term rental properties, known as vacation homes, commanded center stage at the last week’s Woodland Park City Council meeting, a trend that has continued for months.

But for a change, WP elected leaders reached the finish line, as the ordinance regarding STRs was up for a public hearing and got approved, following a nearly four-hour long marathon session.

The council approved regulations for new short-term rental licenses, a process it has struggled with for months. An earlier session on STRs resulted in a council walkout by several leaders in protest of action taken by the majority members.

As part of their latest STR approval package,  the council also agreed to not put any restrictions on STRs in most zoning districts for 12 to 18 months so the city can complete an economic impact study and get statistics from the police department regarding violations and complaints.

The amended ordinance brought up much debate from council with a few leaders not agreeing with the changes. At the end of the night, council approved the ordinance with a 5-2 vote, with council members Robert Zuluaga and Frank Connors casting no tallies.

The new ordinance sets rules for applying for STR licenses and allows the council to revoke a license if the regulations get violated. The ordinance requires that everyone holding an STR license have a person available 24/7 that can respond within 60 minutes to property code violations or complaints.

The new ordinance does ban some types of STRs, as they will not be permitted in a rental apartment unit or apartment building at any time.

“Short-term rental units are not permitted in bed and breakfast establishments, dormitories, campgrounds, RV parks, hotels, motels, mobile homes, and recreational vehicles (RVs) which include all vehicles that bear a vehicle identification number (VIN), cabins and other structures without installed water, power and sewer facilities, tents, teepees, campers and other temporary structures at any time in any zoning district,” the ordinance reads. “No short-term rental shall be operated in such a way as to constitute a nuisance.”

The number of people allowed in an STR is also limited to two people per legal bedroom plus an additional two people. Large events like concerts, parties, and weddings that exceed the maximum capacity will also not be permitted.

All STR units must also provide a minimum of two off-street, on-site parking spaces. If the STR has more than two bedrooms, then it must have one parking space per bedroom.

The new ordinance does make grandfathering exceptions, and allows leeway for current properties located in these new “no STR zones.”

However, the ordinance did come with a stipulation that those that already have STRs in MFS or MFU zoning districts have two months to apply for the new STR license and they are allowed annual renewal. Also, people who purchased properties in MFS or MFU districts in 2022 can apply for an STR license within two months of the ordinance getting passed.

Looking at the Big Picture

In the meantime, the city is tasked with conducting an intense economic impact study that includes input from police. “Within twelve to eighteen months from the effective date of this ordinance, the planning commission shall revisit the city’s short-term rental regulations,” the ordinance states. “During that timeframe, the city shall direct an update to its most recent housing needs assessment, and shall have a short-term rental economic impact study conducted. Additionally, the city police and code enforcement departments shall capture 12 months of data regarding calls for service or complaints of crime or nuisance at short-term rental unit properties.”

Once public comment opened up on the subject, more than 10 people were signed up to speak. Most of the residents spoke in favor of the new ordinance.

Woodland Park resident and STR owner Jeremy Lyons said that he was glad council was going away from banning STRs in residential districts and that he thought the city code should be updated since it was drafted in 1996. “The city code is not an original, founding document of our nation,” Lyons said. “I think it needs to be periodically reviewed and updated. In my humble opinion, the city code should have been updated when the first short term rental permit was sold which I believe was sometime around 2002.”

Resident Matt McCracken said that he always stays in STRs when he goes on vacation, and he said that they would not stay in a town that did not offer STRs. “The point is the benefit and the enrichment that STR lodging brings to our small community that it does to other small mountain communities is an amazing enrichment,” McCracken said. “It brings people inside of our town. Even people that stay in hotels in the town don’t see it the way people who stay in STRs see the town.”