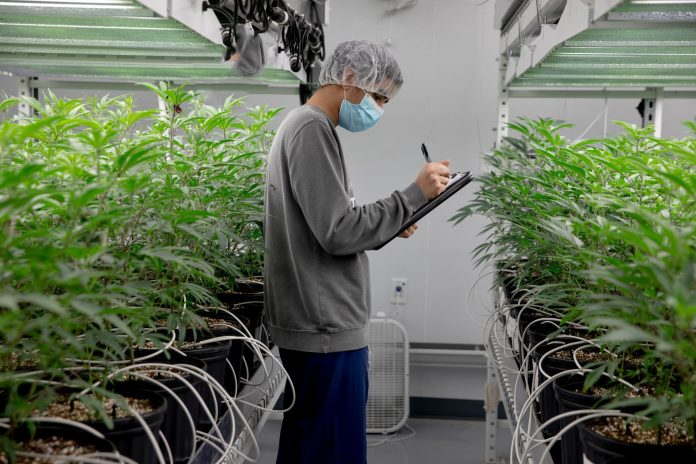 Even with an overwhelming endorsement of legal weed in Teller County’s gaming community, city leaders now want a lengthy time-out period so they can establish proper regulations and get a better  handle on the pending marijuana situation.

The pro-pot sentiment was overwhelming in Cripple Creek, with a ballot measure aimed at changing the current prohibition and opening the door for retail cannabis outlets getting approved by the voters on  Nov. 8 by a nearly 60 percent margin. The final marijuana ballot vote: 258 yes, 180 no.

A related cannabis tax question also received the green light, although that vote was much closer.

Cripple Creek will now become the first town in Teller to wave the pro-marijuana banner, with the citizens sending local leaders a strong message.

Another pro-pot measure got okayed by the citizens of Palmer Lake in El County, but voters in Colorado Springs strongly objected to the idea of opening the door to recreational weed in their community.

As a result of these votes, the city of Cripple Creek has been bombarded by requests for licenses and questions about the positive ballot results. With a pro-marijuana question getting strongly defeated in Colorado Springs, Cripple Creek could soon snag the cannabis spotlight in the region.

But the city’s response to this possible cannabis surge:  Not so fast.

Last week, the council unanimously agreed to declare a six month moratorium on issuing or accepting any pending licenses. According to city attorney Erin Smith, the town needs time to establish regulations, and decide who gets the licenses, and where they will be located, and investigate many issues associated with the pro-marijuana votes.

The council passed an emergency ordinance that slams the brakes for 180 days on the acceptance, submission, approval and processing of any marijuana applications. No council members made any comments regarding the moratorium, which also mentions the potential health dangers associated with not setting proper regulations in governing legal weed operations.

In essence, Smith stated that the town needs more time to “accomplish what is needed” and to fulfill the “intentions of the voters.”

Contrary to other towns that approved retail pot, the city didn’t have any pending marijuana projects in the works. That wasn’t the case in other towns in the Pikes Peak region that have approved limited pot retail sales, such as Manitou Springs and Palmer Lake.

The emergency ordinance sets the stage for the city to compile land use and zoning and licensing rules regarding future marijuana operations.

The main questions deal with where the marijuana shops could be located and who would receive the licenses. The demand definitely will outpace the legal availability for these shops.

There is also some questions on how many outlets could be allowed initially, and whether the council could weigh in more on that issue.

“I am not certain we will need this much time,” said Smith, in describing the 180-day time-out period for accepting any licenses,  but she cited this as a necessary breathing-room, especially with the holidays approaching.

City officials have conceded they have received many inquiries since the passage of the marijuana ballot measures, a verdict that surprised a few high-profile elected leaders, who lobbied hard against the measures.

Dan Williams, the chairman of the Teller County Commission, conceded that the voters have spoken, and wants to assure that steps are taken to address the potential impacts. He and the other two commissioners, along with Sheriff Jason Mikesell, spoke strongly against the marijuana measures.

The pro-marijuana group, Cripple Creek Wins, mainly touted the economic benefits for Cripple Creek and didn’t engage in any argument with the commissioners or the sheriff on the merits of marijuana usage. They continued to cite the revenue that could be generated for a town government that needs more money due to the impacts from COVID.

Blakely cited Central City as a good example to follow, as he says since their gaming community legalized retail pot shops, they have experienced no real adverse impacts.

He credits the local casino operators in Cripple Creek for playing a role in informing their workers about the issue and helping to get the word out. The pro-marijuana campaign was supported by the Cripple Creek Casino Association. In fact, the idea of opening the door for retail marijuana actually was sparked during a work session last winter, when city officials announced intentions to raise gaming device fees.

In addition,  Blakely believes their campaign succeeded in educating the citizens in the final weeks regarding the fact that the two marijuana ballot issues had to get approved in order for the effort to  move forward. He admits some citizens were confused about the tax question, which was listed first on the ballot.  “When I went to bed on Tuesday night (on Nov. 8), the (marijuana) tax issue was losing,” admitted Blakely. But the tide turned more favorably the following day, when many more tallies were counted. Election officials received an unprecedent number of tallies from people who turned in their ballots on the actual Nov. 8 election day.

In fact, it wasn’t until Thursday, nearly two days after the vote, that the pro-marijuana verdict was affirmed.

In the final tally, some voters didn’t quite understand the tax implication,  as a lot more citizens favored the idea of legalizing retail marijuana shops, but voted against the associated taxes.