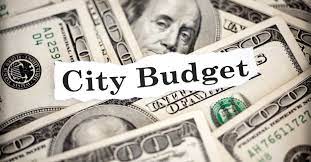 The time has arrived for  elected leaders in the area to start finalizing their fiscal blueprint for next year.

The city of Woodland Park started their work on the 2023 budget last month with work sessions with the council. This set the stage for debate on a variety of fiscal issues, such as lowering the property tax rate and putting money into a major veterans and biker rally.

Last week, the council held a work session for members of the panel to ask questions and suggest some changes before the budget is officially discussed. During a meeting prior to their regular session, elected leaders questioned many parts of the budget and brought up ideas, such as  proposing a small drop in property taxes.

At the beginning of the meeting, Woodland Park Finance director Aaron Vassalotti broke down the numbers for how much revenue the city would lose if a  mill levy reduction occurred. He showed that Councilmember Rusty Neal’s proposal of lowering the mill levy by .25 would save citizens around seven dollars a year, but it would cost the city over $30,000 in revenue.

Councilmember David Ott then questioned why there was $15,000 on the budget for events. He asked why it was that amount and what the money would be going towards.

City Manager Michael Lawson said that putting more money into funding events came about after the Salute to American Veterans Rally requested money to hold the rally in the city. He said that city staff has worked on a way to rate the events to see which of the town’s “signature events” would qualify for grant monies.

Ott said that he did not think taxpayers’ money should be given to charitable events. He said that he would be willing to keep the city’s same policy, which has involved helping the events through providing staff to put them on.

Case said that she wanted to start the conversation of council taking some steps to invest in the community. She said that the signature events bring thousands into the community that would not necessarily be there otherwise.

Councilmember Robert Zuluaga, however disagreed, and thought that the city should not give taxpayer dollars to a private organization to hold events. He said that he would like to see that $15,000 go to improving the city’s Memorial Park that needs some maintenance.

Councilmember Zuluaga then questioned why the operating budget for the Woodland Aquatic Center had raised so much from last year. “I am really struggling with the fact that last year I was having a real hard time with a third of a million dollars in terms of operational debt for the aquatic center,” Zuluaga said. “And this year it’s $454,000. How is it that we have an additional expense of $125,000 this year to operate the pool?”

Parks and Recreation Director Cindy Keating took the floor and explained that the costs of operating businesses have gone up across the board. “Every year minimum wage is mandated to go up,” Keating explained. “In 2023, the minimum wage will go up 8.68 percent. At least 90 percent of my staff at the aquatic center are minimum wage employees. So that is a large impact there.”

She also said that the utilities bill for the aquatic center is slated to go up more than 8 percent in the next year. She also stated that chemical prices are going up and she expects to see a 100 percent increase in bleach alone. She said costs to bring materials will also increase.

Zuluaga then asked what changes have been made to increase revenue for the aquatic center. Keating said that the aquatic center has expanding to hold more community/school events, and has opened the pools up for more classes including lifeguard classes.

“We are just expanding are presence within the community,” Keating replied. “This year in 2022, we had an increase in our rates to enter the facility. In 2023, you do not see that increase because we just increased it in 2022 without knowing what the economy was going to do. So, you will not see a huge revenue increase but there will be some. But not much because of what the increase of costs of doing business are looking like.”

At the end of the meeting, the council made some changes including putting money into economic development. However, the budget still won’t be written in stone until it gets final approval in the coming weeks. The budget will go on initial posting and then be approved during public hearing.