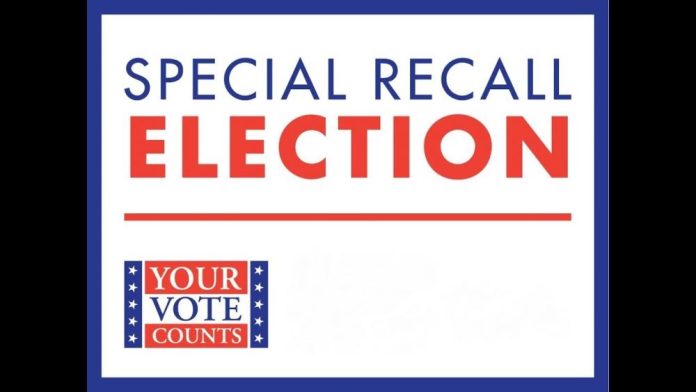 Voters in late January will decide the fate of two council members, targeted by a recall campaign organized by several high profile former leaders and a group of citizens. The recall, started several months ago, secured  more than an adequate number of autographs to force a citizens vote, according to city officials.

Last week, before a capacity crowd and during one of the more heated meetings in months, the  Cripple Creek City Council voted 2-1 to approve an ordinance, setting the recall election for Jan. 24. The targeted members are Mark Green, a representative of Ward Four, and Charles Solomone, a representative of Ward 5. The election will occur through a mail-in vote. It will mark the town’s first recall election in two decades.

The vote, itself, was extremely controversial, as four of the five members of the panel had conflict of interest ties to this issue, and had to either abstain from voting or were forced to disclose their conflict with the Secretary of State’s office. Conflict of interest ties aren’t unusual in small communities, but they must be disclosed under current state law.

The group heading the ouster effort is called the Citizens Recall Coalition, and it is led by Steve Zoellner, a former mayor pro tem, and a few other previous well-known civic leaders. The group contends the targeted council members don’t represent the interest of the citizens and are pursuing their own agenda.

The real spark, however, that ignited the campaign occurred during a meeting last summer when Green, Solomone, and Mayor Pro Tem Tom Litherland agreed to approve a plan, signaling the green light for a retail gift shop at the Cripple Creek Heritage Center. The room was filled with small business operators, who strongly protested the move, and argued that the city was trying to compete with them. They expressed outrage at this council verdict, opposed by Mayor Milford Ashworth and Councilwoman Melissa Trenary. Past councils had denied similar retail plans at the Heritage Center

“You have defunded special events and local nonprofits and now you’re promoting the heritage center to compete with local retailers. The center is supposed to direct business to the rest of the city. It is unfair,” said Zoellner at the time.

The group also argues that these current council members have taken a lead role in killing special events, such as the Salute to American Veterans Rally. They earlier released a letter, entitled “What Happened to Cripple Creek” that attracted major attention on social media posts.

But supporters of the targeted council members  say the recall is a huge waste of  money and claim the organizers are orchestrating a completely “hidden agenda,” aimed at replacing the council members for not wanting to fund the Salute to American Veterans Rally, which now occurs in Woodland Park. “The charge for both petitions is the voted support of merchandise at the Heritage Center is the sole charge and basis for the recall petition; however, evidence speaks to the contrary,” said Green in an official statement.

Recall critics also accuse the group of already having candidates in place, who support the Salute Rally and will try to bring it back to Cripple Creek at the cost of thousands of dollars.

Passionate Arguments on Both Sides

These tensions hit center stage at last week’s meeting, when the ordinance to proceed with a recall vote was introduced. Both sides were quite passionate about the issue.

“It baffles me,” blasted Curt Sorenson, president of the Two Mile High Club. “There is a hidden agenda here. Some people did not know what they were signing,” he added in describing the recall petition. “This is getting a little crazy. This really is all a power play.”

A few other residents echoed similar views and contended that the recall is just going to divide the community. Moreover, recall critics noted that the gift shop in question was a very small display, encompassing about three square feet, in the Heritage Center. They distributed a photo of the retail display, with the slogan, “The recall will force the city to spend upwards of $30,000 for a special election.”

“We are making much to do about nothing,” added Sorenson.

The recall effort, though, definitely has its supporters.

John Freeman, the owner of The Creek restaurant, didn’t hold back and said he hated doing the recall campaign. “I hate to see this,” said Freeman, a frequent speaker at council meetings. But Freeman maintained that the targeted members didn’t represent the citizens and were defying the interests of local business operators

“I have dog in this fight day in and day out,” said Freeman. He stressed that he and his wife, Micky, have invested thousands into the community and own and operate several businesses.

He said many residents viewed the actions of Green and Solomone as extremely anti-business. In the meeting in question, he noted that not a single person spoke in favor of okaying the retail shop at the Heritage Center.  As a result, he said he and other civic figures believe the targeted members have their own agenda.

Krystal Brown, the clerk and recorder of Teller County and wife of former mayor Bruce Brown, questioned the $30,000 figure for a special recall election, a figure thrown out by recall critics. In her comments, she indicated it may just cost about $5,000, and that $30,000 could practically fund an election for the entire county.

Following the barrage of commentary and final vote to set an election, Mayor Milford Ashworth, who supported  the petition, said, “We didn’t have a choice in this. There is nothing we can do (to stop a vote).” Ashworth was referring to the fact that the recall group obtained an adequate number of signatures to force a vote.

The election to proceed with an official recall vote actually turned into quite a complex scenario. City Attorney Erin Smith concluded that four of the five members had conflicts regarding this issue. She mentioned the two targeted members of the recall, Green and Solomone. They both agreed not to vote on the issue.

But both Ashworth and Councilwoman Melissa Trenary had signed the recall petitions. The attorney concluded they could still vote on the matter, but only if they signed appropriate documentation with the Secretary of State’s Office, which they did. Smith noted that conflict of interests among elected leaders aren’t illegal, as long as the member in question will not obtain a financial gain. But under current laws, these potential conflicts must be disclosed prior to the  member taking any type of vote on a related issue.

Litherland objected to the two participating in the tally. He said by signing the recall petition, their “impartiality had been negated.”  Trenary, though, argued that they were exerting their “First Amendment constitutional rights” by signing the recall petition. In the final vote, Litherland actually opted to abstain, an action that the attorney viewed as a tally against proceeding with the election.