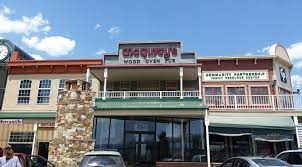 With the 2022 season moving into high-gear, many Denver Broncos fans are still optimistic about the team’s winning prospects.  Yes, it’s a long season; and it may just take a little time for the new system, with a new coach and star quarterback, to mesh.  And the Broncs, whatever they do, just can’t seem to avoid the national spotlight and a spree of unfortunate penalties and injuries

In any case, the NFL season is a good way to put the mute button on all the national, and yes, local politics, not to mention an invasion of social media ramblings.  Let’s have fun again for the NFL Season.

Finally, the Broncos have ended their stint on  prime time and have returned to Sunday action, as they square off against the New York Jets. Hopefully, this will mark the beginning of a needed turnaround for their season.   Game time for the Oct. 23  Broncos showdown  at Empower Field at Mile High is 2:05 p.m.  Plus, plenty of other great games will be featured on Sunday, as the division races get a little tighter.

If you are looking for a great local place to check out the NFL action, don’t forget McGinty’s Wood Oven Pub in Divide, “The Center of the Known Universe,” the sponsor of this year’s Denver Broncos preview columns and NFL page.