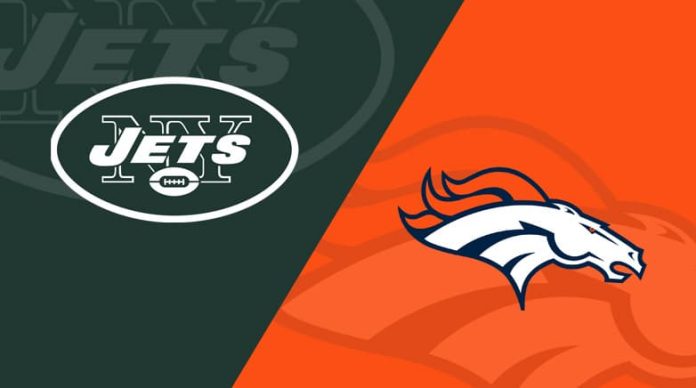 Prime Time Days Are Over For Broncs

Once again I’m in the position of not knowing the results of the Monday night game due to press deadlines. Hopefully, I was once again wrong about the results of the that game, (I predicted a big Chargers win in last week’s column). If nothing else, at least last night’s game was the last prime time Bronco game we’ll have to endure this season.

This Sunday, the Denver Broncos square off against the New Jets at home.

Before I get into the Jets, let me just say a few things about the NFL play thus far this year. IT STINKS! Or does it? I guess it depends on your point of view. There have been more missed extra points, blocked field goals, dropped passes, and just plain ugly football this year than any I can remember in my life. The worst part of this trend is all is the injuries to key players on every team.

But, if you look at this from the parity point of view, teams that have been the door mat of the NFL for years are showing signs of life. For instance, the New York Giants are 5-1. The Eagles are undefeated at 6-0-0. The Vikings are 4-1 and in first place in the NFC North. The New York Jets are 4-2.

Can’t say much more about the Broncos having not seen the Monday night game before this writing, but I can say something about the Jets. The Jets played the Packers last Sunday morning in Green Bay and beat them like a rented mule, 27-10.

Jets have a very young team, but they’ve gelled as a team very well considering the lack of NFL experience. Fans are calling this young team “Gang Green.” The first half of the Jets/Packer game was a punt fest. (Nothing to see here, move along.) Then the Jet defense went postal in the second half. They played Green Bay like their hair was on fire. Racked up sacks on the mobile Green Bay Quarterback, Aaron Rodgers multiple times and recovered a Rodgers’ fumble that resulted in a Jet field goal. The Jet’s special teams is also playing some inspired football. They blocked two Packer punts, one of which was recovered and returned for a Jet touchdown.

Offensively, the Jets have a good run game. Rookie Running Back, Breece Hall is big, fast, and strong. He rushed for over 100-yards against the Packer defense. He reminds me of Javonte Williams. Their offensive line is big and open some holes Stevie Wonder could run through. Jet’s Quarterback, Zack Wilson managed the game well but didn’t show any super human feats of strength (unless you count scoring with his mother’s best friend, but that’s another story).

Not knowing whether the Bronco/Charger game ended in Denver’s favor makes it hard to make a pick for this week. If Russ and Hackett figured out how to score more than 10-points, and the defense continued to play lights out ball and beat the Chargers, I’d say the Broncos can win this one.

But I fear without Garret Bolles at left tackle the Broncos failed miserably against the Chargers and will continue to fail to keep a pass rushing Jets defense from having their way with Russell Wilson. Therefore, I’m going to make TWO picks, contingent on the outcome of Monday night’s game.