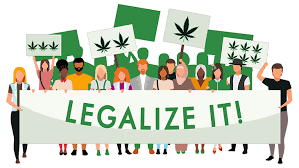 Issues 2B and 2C on this year’s ballot in Cripple Creek will authorize the sale of medical and recreational marijuana in the city, and establish the taxes to be paid on purchases. Issue 2B spells out the taxation on the issue and 2C authorizes the sale.

The way the ballot language is written, it requires both issues to pass in order for the authorization to pass. In other words, there won’t be medical and recreational marijuana sales in Cripple Creek if the tax issue (2B) loses. So you need to vote for both.

If 2B and 2C pass, it will authorize two medical and two recreational licenses in town. So no more than four locations will be allowed. There won’t be shops on every corner and all around town. The City will have the authority to approve or deny applications for those licenses, as well as the location of any marijuana businesses. The marijuana businesses will be subject to all state and local regulations, including inspections by law enforcement.

Colorado voters legalized recreational marijuana in 2012 and the first dispensaries opened in January 2014. Over the past nine years, the state has received hundreds of millions of dollars in tax revenue, helping to shore up the state budget. Many cities and counties have benefitted greatly during that time also. But not Cripple Creek.

Cripple Creek has missed out on millions of dollars of tax revenue. By authorizing it now and gaining that revenue, the City can begin to fund several critical needs, such as with water and sewer pipe repairs, street paving and repair, affordable housing, and parks and recreation. All of those items are identified as priorities in the City’s comprehensive plan and the City has not been able to fund them adequately.

Twenty-five percent (25%) of the revenue will be earmarked for Cripple Creek’s tourism marketing budget. That budget has been all but eliminated in recent years, which hurts all of the businesses in town. By earmarking money for that budget, the City can again attract more tourists which will increase spending and sales tax revenue.

Authorizing the sale of medical and recreational marijuana WILL NOT increase the use marijuana in Cripple Creek. Residents who want to use it are already doing so, they’re just buying it in Pueblo, Manitou Springs, or illegally. Those cities are benefitting from the tax revenue Cripple Creek could be getting.

Critics have tried to come up with several arguments about why this isn’t a good idea, but none of their concerns are backed by facts. It’s just scare tactics. Just look at Central City, a casino town similar to Cripple Creek. Their leadership has stated that there have not been any negative effects from marijuana sales, but they have benefitted a lot from the tax revenue.