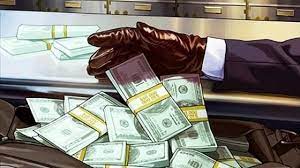 Teller County Commissioner Bob Campbell, who is part of the state’s limited gaming advisory committee, estimated last week that Cripple Creek and Teller could hit the jackpot for $2.6 million this year.

That money would go to a variety of organizations, with the lion’s share going towards law enforcement and the jail.

Campbell is encouraged that funding levels have returned almost to pre-COVID levels.” There was lots of work and lots of discussion on this,” said Campbell, during last week’s county commissioners meeting

Altogether, he stated that $5.2 million is getting dispersed to a variety of entities in the impacted gaming areas under this program.

This allocation doesn’t deal with the regular pot that goes to local governments in the gaming areas, such as Teller County and the city of Cripple Creek. But questions persist about this allotment.

Officials in Teller and southern Teller are worried about losing money that it traditionally relied on from gaming taxes.

“It impacts Cripple Creek negatively,” said Teller County Commission Vice-Chairman Erik Stone at last week’s commissioners meeting. He was referring to the growing move to give more dollars to those entities that benefit from the expansion of gaming, with 24/7 play, new games and higher-end bets.

Stone is part of a committee that is evaluating the percentage allotment of these dollars. He expressed concerns that more pressure has been applied for an interpretation that favors more revenue associated with the expansion of gaming, rather than the original  limited gaming system.

That interpretation doesn’t favor Cripple Creek, since it doesn’t have real big casinos like Black Hawk. “It impacts Cripple Creek negatively,” said Stone. “We do not support the arbitrary reallocation of gaming revenue.  We won the battle for one year.”

Stone was referring to the big legislative fight in the spring of 2022 that sparked testimony from many local figures, including all three county commissioners and key officials from Cripple Creek.

As for the battle over a long-term resolution to this issue, mixed messages have been conveyed by elected leaders.  Some even fear they may have to establish a new funding system with additional legislation.

Stone stressed that the previous formula was endorsed by the voters of Colorado during the original limited gaming ballot issue.

In other legislative matters, Stone said some county government leaders are lobbying the state to allow more money to get used for rural areas for  road improvements, under the new driver license renewal fee increases. A portion of these fee hikes have been established for the state Division of Parks and Wildlife, unless people opt-out. This increase would allow Colorado residents to access more park areas. If this fund grows to projected levels, Stone and other commissioners around the state would like to see a portion of this money used for road maintenance in rural areas.

Also, Stone last week stressed that commissioners in rural areas, like Teller, are fighting aspects of the state’s pro-green campaign. At issue is the future banning of certain types of energy use and heating techniques. “That is a bridge too far,” said Stone, who hinted of a future ballot issue, targeting the state’s obsession with green technology and getting away from traditional heating and energy consumption altogether, such as the use of fossil fuel. Stone mentioned one provision that would outright ban gas fireplaces. “We are drawing a line in the sand,” said the commissioner. “We know how to heat our homes in Teller County.”

Stone indicated the proposed mandates could make it almost illegal to use propane.