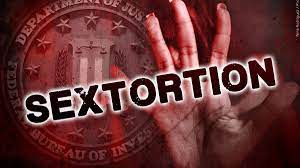 “Sextortion” of Teen Female Victims On the Rise; Parents Advised of Warning Signs

Ever since the hiring of Woodland Park Police Chief Chris Deisler, who has conducted many community meetings, residents have been shocked as to the seriousness of reported crimes.

Deisler said during one of his monthly forums that bad crimes , such as sexual assaults on children, have always been happening in the city. But he noted that the public wasn’t hearing about them too much.

That scenario has changed under his leadership.

In the last year, the police department has issued  press releases on people who have committed crimes within the city. At least two suspects have since been charged with crimes related to sexual assaults on minors.

Recently, the police department issued a report on social media from the Colorado Information Analysis Center (CIAC) about the growing trend of incidents of “sextortion” of minors. “With the increased use of social media platforms among our younger population of school aged children, more and more of these types of cases are being seen around the country,” the police department stated on a social media post. “Please continue to be involved in your children’s use of electronics and social media and make them aware of the dangers lurking on the internet. Once an image hits the web, it lives forever!”

According to the report by the CIAC, cases of sextortion of minors and adults have been on the rise for the last couple of years. The Federal Bureau of Investigations (FBI) Internet Crime Complaint Center reported more than 24,000 complaints linked to confidence fraud and romance scams in 2021 and nearly 500 of those complaints were sextortion complaints, coming from people under the age of 20.

The reports states that the common method of communication between sex perpetrators and minor victims are online chats in applications like Instagram or Snapchat. During the interactions, the perpetrator convinces the victim to send sexually explicit images or videos.

The perpetrator then attempts to blackmail the victim by threatening to send the images or videos to everyone on their friends and family lists on social media. The report then outlines three common demands made from the perpetrators.

In some more severe cases, the perpetrator progresses from wanting images or videos to demanding sex from the victim to keep them from sharing the photos/videos. However, the report also stated that more victims have been coming forward and reporting these cases to law enforcement officials.

The Safe2Tell program provides an anonymous venue for parents, students, teachers, school administrators, and law enforcement to share information. Victims can anonymously report sextortion cases to Safe2Tell by visiting their website at Safe2Tell.org, calling 1-877-509-2422, or by downloading the Safe2Tell Colorado mobile app.