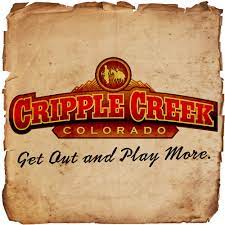 The city of Cripple Creek is gambling big on a new economic jackpot.

Only this time, town leaders and officials are rolling the dice more on non-gaming projects, namely  housing, considered the  biggest need in the community, and a future education facility.

For months, the city has progressed with an unprecedented push to offer incentives for developers considering workforce housing. To further complement this drive, the city may be seeking more than $10 million in grants for infrastructure enhancements from the state.

But last week, the town took a giant step forward and opened its wallet for more than $250,000 worth of tap fee waivers, in an effort to push the envelope. This is part of a pro-incentives package the council previously approved last year at the direction of special projects director Jeff Mosher.

The big winners last week emerged as a new 24-unit rowhouse development, proposed by the  Colorado Springs- based Gibraltar Development group, headed by Michael Beattie, and the Cripple Creek RE-1 School District, which just broke down on a new facility for a trade-skill education hub.

Another smaller housing project also got a substantial cut of the waiver packages.

All in all, it marked a jackpot bonanza time for those projects seeking incentives.

But with this action, the council plans to soon have a public workshop and consider future steps to rein in its infrastructure incentive program, and may only provide a certain percentage of tap fee utility waivers, especially for larger developments. At the outset of their pro-incentive program, the city mostly dealt with bids for small housing units, comprised of usually less than five homes.

That isn’t the case any longer. In recent months, the drumbeats for large workforce and rental developments have echoed across Cripple  Creek, with the city taking a much  more aggressive approach towards landing housing than in the past. With the labor shortage and infusion of new projects, the lack of affordable housing has turned into an outright crisis scenario.

“We need to consider maybe a portion of waivers,” said Councilwoman Melissa Trenary, at the close of last week’s meeting discussion. Otherwise, she fears the city could take a several million dollar utility hit.

Mayor Pro Tem Tom Litherland echoed similar views and believes the city should adopt a graduated percentage incentive package for larger packages, instead of just waiving 100 percent of the tap fees. “We have lots of things happening in public works,” said Litherland.

At the same time, city leaders want these much-needed projects to move forward, and they make no pretension that they favors future growth.

During last week’s meeting, community leaders and the council stood behind the new town home housing development, consisting of 14 two-bedroom units and 10 three-bedroom units, proposed in a commercial section of town at the corner of First Street and Warren Avenue, near Community Banks.

The property owners, Michael Beattie of Gibraltar Development, described their proposal for 24 town houses as the first step towards addressing some of big gaps in the community. The group hinted that they plan do a considerable amount ofadditional  development activity.

Initially, the property owner said he just wanted to do a quick real estate deal, involving “flipping a house in Cripple Creek,” during the COVID period.  But thanks to the urging of  key planning officials, namely Renee Mueller, Beattie said he decided to form a group and take a major stab at addressing Cripple Creek’s real needs. “We would like to grow Cripple Creek,” said Beattie, who credited the lobbying efforts of Cripple Creek officials.

Another member of the Gibraltar team described the proposed housing units as quite unique for Cripple Creek.

In order for the project to move forward, the group had to obtain a conditional use permit, since the property is located in the commercial area.

The Gibraltar group received strong community support from key civic figures. Real estate broker Reed Grainger urged the council to okay the development, citing the fact that it is located in an area once considered to be a prime spot for a future casino. As  a result, he said this core of town really couldn’t get developed for a variety of reasons. By giving this project the green light, Grainger believes the door will get further opened for other developers to move forward with housing pursuits.

“This is awesome,” said local realtor and long-time resident Donna Brazil, who cited the look that meshed well with the Cripple Creek’s historic look.

A representative of Community Banks  also lauded the project, and cited the community’s housing needs. “We should do what we can to help them,” said the bank representative.

The group didn’t have to do much arm-twisting, and easily was granted  the conditional use permit. A few questions were raised about the price for the town homes.

The water and sewer tap  fee waivers, though, raised a few eyebrows, with the cost of $192,000.  The council granted the waiver, which still required the developer to pay a connection fees. The council indicated it would have to review this issue in the future.

Besides the Gibraltar group, the Cripple Creek/Victor RE-1 School District also struck the utility give-away prize last week. The district received a utility waiver of $52,000 to help fund the infrastructure costs for a new building trades educational facility, which it recently broke ground on.

“As you know, CC-V School District is committed to providing our students with an education that truly prepares them for careers. Our building trades program is one such program. We have been blessed with the support of many businesses, organizations and community members as we embark on this endeavor, and now, we are turning to you, members of the city council. While the tap fess are not a significant cost, compared to the overall project expense, we know that every dollar we save can be reinvested in our Career and Technical education programs, and the youth of our community,” said Miriam Mondragon, the superintendent of the district, in a letter to the city.

The council gave the green light to the request, with a few members asking if other grant money could pay for this expense. The superintendent responded that other funds are available for the project, but not for the infrastructure.

The council, in displaying its generous betting hand st week, also agreed to waive another $22,000 for the tap fees of a another residential project.