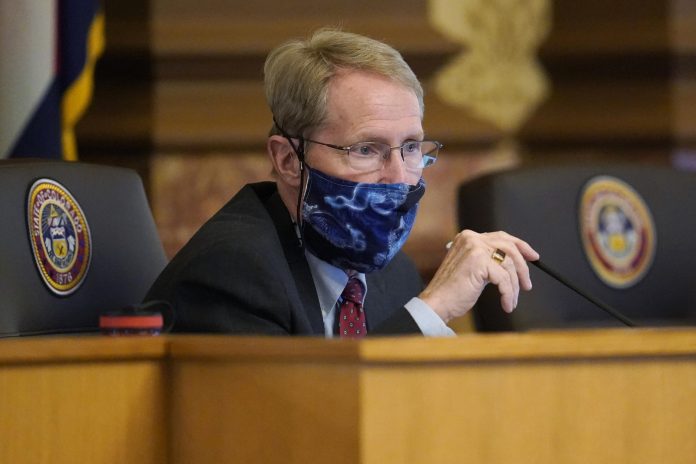 The felony charges against a high profile Democrat state senator from the Pikes Peak region apparently won’t be dismissed ,as the case appears headed for trial.

At issue are class 5 felony charges against Sen. Pete Lee, a Democrat, who represents Senate District 11 in Colorado Springs, for falsifying his residency for voting purposes.

The felony charge alleges that Lee, under his legal name, voted in the March 2020 primary presidential primary from a rental home he owns in the in Senate District 11, which he represents in the General Assembly.

The address, under question, is occupied by Lee’s stepdaughter.

Lee, though, disputes this claim and filed a claim to dismiss the charge, based on inaccurate information submitted to the Colorado Supreme Court’s Attorney Registration Office. In other media reports, Lee has admitted he primarily used the property in question for tax and voting purposes.

But prosecutors and the findings from a grand jury report, say  he actually lives elsewhere,

Based on last week’s proceedings, the case appears headed for trial and could have big legal and political consequences.