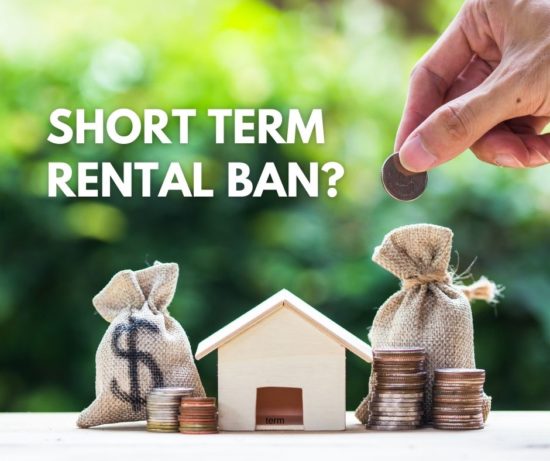 The short term rental (STR) debate has once again struck the Teller and Ute Pass region.

To date, the issue, dealing with property units rented out for 30 days or less, often used as vacation outlets, has been brought up in just about every municipality in the local areas, along with many cities across the state.

Recently, the debate has hit the forefront in Woodland Park with many arguing on both sides of the issue. Two weeks ago, the Woodland Park City Council held a special meeting to put the matter of extending the short term rental moratorium up for a public hearing.

Last week, the city council held a work session before the regularly scheduled meeting during which the short-term rental issue was discussed at length. The topic came up again during the regular meeting as many spoke up during public comment, and the idea of extending the moratorium was on the agenda.

In the end, the council voted to extend the moratorium until December 15. As a result, there will be no more business licenses issued for short term rentals for another two months.

The extension of the moratorium came up so that the council has more time to decide what the city wants to do with short-term rentals. At the end of the work session, it was decided that another ordinance would be drafted to go through the planning commission.

The council appears divided on the issue as some think that the answer is to impose  more regulations. Other leaders, however, want an ordinance to basically ban short-term rentals in residentially-zoned neighborhoods unless they are occupied by the owner.

The two ordinances, the one the planning commission drafted, and the new one to ban short term rentals, will appear on the city council agenda in coming months. At the council work session, a consensus was agreed upon to draft the new ordinance.

One resident spoke during public comment and said that she thought STRs were good businesses for Woodland Park property owners since many of them can make $80,000 per year. She said she thought there should be regulations, but that Woodland Park needs more lodging options.

Resident Jerry Penland, a former member of the planning commission, and a staunch critic of the STR property explosion in Woodland Park, brought up the fact that the short-term rental issue could be a conflict of interest for some of the council members. “There is no current process for us citizens to engage with the city to assure that there are no conflicts of interest when the city is making decisions or should be making decisions on our behalf,” Penland said. “All we have is the honor system with no citizen input allowed. All city employees, volunteers and elected officials work for us and we should have a say what goes on in this city including helping shed light on what we see as definite or possible conflict of interest. Let’s say a city council member or one of their immediate family members who live anywhere in the world is or was on the pending list to get a short term rental license that is a conflict of interest.”

Resident Linda Martin brought up several concerns she has with current short-term rentals within the city. “The townhomes right across from the elementary school on Baldwin are short term rentals,” Martin said. “In an STR, you don’t know if you are allowing sexually violent predators into those units. You don’t know if those people are coming in with fentanyl. They are right around the corner from schools. Is what is going to get this community to say no to getting more STRs going to be the rape and murder of a child? Because we want to make money by selling houses as STRs or by starting businesses that are STRs? What a sad way to learn the wrong way to do it.”

However, Councilmember Kellie Case said that an outright ban on short-term rentals could be violating people’s property rights. “When we started all of this the approach was from more of an accountability stand point for the property owners to take accountability for their property and their tenants so that we don’t have some of the issues that we have had,” Case said. “And I think the issues we have had are exceptions most people are respectful, do a good job and are good neighbors. I think we need to take small steps and see how it works as we go along.”

Councilmember Frank Connors said that doing something about short-term rental properties was part of the reason he ran for city council.

“I have not held back on my desire to ensure that these commercial enterprises are not in our neighborhoods and I will continue to do that,” Connors said. “The ordinances that are currently in place do not allow lodging businesses within our neighborhoods. But for many years our city has not abided by our Title 18 and they have just ignored it and issued licenses outside of that.”