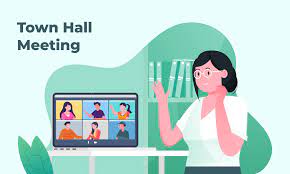 Government Leaders Seek to Open Up Communications With Residents

The city of Cripple Creek has progressed  from an era of the fastest council meetings in the West, where a 30-minute speed test was often in place; to a more trying period, frequented by verbal bullets and a barrage of public commentary. Yes, move over Woodland Park, as your status as the hotbed of government meetings has been replaced.

Welcome to Cripple Creek, 2022, a town not lacking these days in contentious issues, including retail marijuana, recall campaigns, pending short-term rental explosions nongaming business health, special events and festival funding, affordable housing, and future development, not to mention the need for a more prosperous city government in the wake of the COVID-19 epidemic.

But more than anything, residents want details on regular happenings with the local government to possibly  limit the trail of rumors that often take their own course, especially in Cripple Creek.

They may get their wish partially as the city is planning on holding an open town hall forum, according to City Administrator Frank Salvato. No exact date has been set, but officials are mulling a time in October.

Salvato said the city is planning on organizing a town hall forum to update residents  regarding activities and actions pursued by local departments.  A variety of city representatives will be on-hand to address citizen questions and to provide information, noted Salvato.

This will mark the first city-wide town hall forum in years.

But for those seeking to engage in debates on specific issues, they won’t get much satisfaction.  “It is not meant to  be contentious,” said Salvato.

He said the purpose of the forum  is to open up the lines of communications between the local government and residents and to serve as a vital information-source.  “The town hall forum will be informational,” noted the city administrator, who hails from a variety of municipalities in Texas.

He cautioned that the city won’t host any discussion on the retail marijuana issue, which will appear on the November ballot. Citizens are being asked if they want to legalize retail and medicinal marijuana operations and okay the taxes associated with cannabis businesses.  Both questions must get passed for the legal weed movement to progress forward in  Cripple Creek.

But city officials are limited in making any public comments on the issue as a collective body.

In addition, a one-cent sales tax  hike is on the ballot

Presentations will occur regarding housing and overall development action, but leaders don’t want to  focus on specific projects.

Not Much Discussion Slated for Chamonix Resort

Recently, a few residents raised concerns about the expansion project of Bronco Billy’s called the Chamonix resort, during public comment at a recent council meeting. They argued that the planned nine-story height  of the development, capped by a 300-room-plus hotel and parking garage, was not approved in a transparent manner.

However, Cripple Creek building official Ken Hartsfield last week told TMJ last week that the project proponents have completely followed due processes and that the current plans were approved, following a period permitted for public comment. He said some confusion may have occurred dealing with the change in plans, once the project was put on hold, and then revised with a pursuit for a larger hotel and a more aggressive construction process. This occurred in Feb. 2021, a time when the city had more meetings, via Zoom. The original project was approved in 2018 and called for more of a phased-approach.

Under the  new Chamonix push, the project is being done in a more coordinated manner, with a completion date set for around July 2023.

Last spring, the city had to correct a clerical error, posted in an ordinance, so the project could move forward and proceed with their approved plans, allowing for a nine-story development, according to Hartsfield.

Salvato agrees with this analysis. Like Hartsfield, he says that the project is proceeding forward, based on previously approved plans.

This project, though, won’t get discussed too much at the forthcoming forum.

The town hall meeting,  instead, could focus more on some of the main priorities identified by city leaders.  Salvato cites infrastructure, housing, the push for a daycare center, and an expansion of a wastewater facility as some of their main goals.  The city is also pursuing a much more aggressive grant push than it has in years, with millions of potential dollars at stake. Most of these dollars would help facilitate better infrastructure to open the door more for housing projects.

Some issues, though, that could come into play involve special events and festival funding. The cutting of these dollars and the approval of funding for a retail shop at the Heritage Center has triggered much outrage among nongaming business operators.

At the same time, city officials acknowledge that have gotten hit hard by the pandemic, with a huge drop in betting devices. This represents the main funding source for the town government.

“The city has not recovered from COVID,” said Salvato.

On the upside, the city’s lodging revenue has expanded and several tourism outlets, along with the Butte Theater,  have experienced banner years in 2022.

*Stay tuned for a full report on the town’s economic picture in the Sept. 27 issue of TMJ News as we celebrate the 31st anniversary of gaming in Cripple Creek.