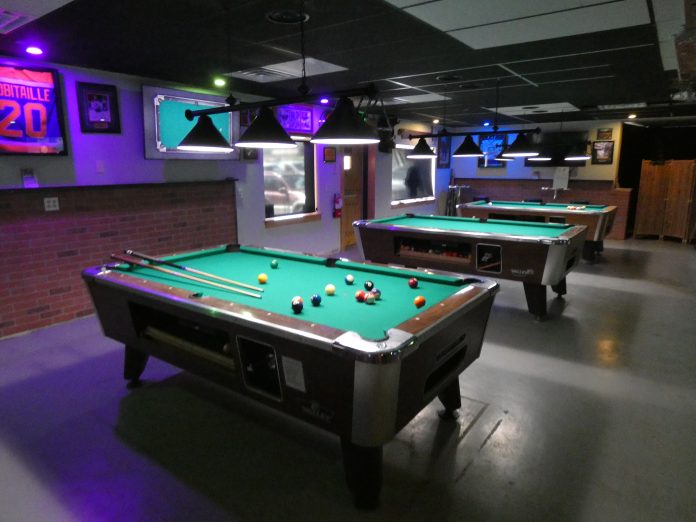 The trend of a new eatery or pub opening up in Teller County and the Ute Pass region continues at a relentless pace.

Now, Woodland Park boasts of yet another spot for both foodies and bar hoppers.

Last month, Thai Good Eats officially opened their first brick and mortar location. Even though the restaurant side has yet to open its doors, their billiards hall is officially open for business. 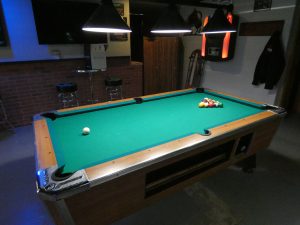 The pool hall side of the establishment, located on the intersection of Park Street and Hwy. 24, sports three pool tables and has become the only place in Woodland Park where American Pool Association (APA) tournaments will be held.

For now, the pool hall also has a limited menu of delicious Thai barbecue. According to owners Rick and Danielle Bowers, the restaurant side with a full menu of Thai cuisine should be open in the next month or two.

Even though their current location is new, the Bowers and Thai Good Eats are familiar names in the community. The husband and wife team first started serving delicious food in the area with a food truck in 2017.

As soon as they opened up for business five years ago, local residents were thrilled to have a unique option for food. And, the business has earned the best food truck title two years in a row.

Owner Rick Bowers said that the idea for the business came about due to the couple’s passion for cooking food.

“I was raised by my grandparents cooking and Danielle was raised by her family cooking a lot of Thai street food,” Bowers said. “When we first came here, we started a little taco cart and we signed our first commissary agreement with the Thunderbird Inn in Florissant. Then Danielle started selling her Thai salads and more Thai street food at the farmer’s market. At that time, she was under a canopy and she didn’t even have a booth or anything.” 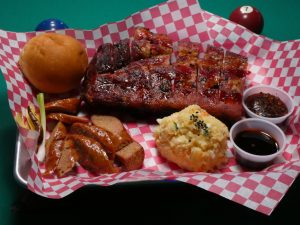 Bowers said that the business seemed to just grow from the early days. “She did very well under the canopy so we made her a food trailer and she was doing traditional Thai barbecue on the back,” Bowers explained. “And she did so well that she ended up getting a food truck. People were upset that she wasn’t there so much during the winter because of weather.”

The winter time proved to be too cold for the food truck business so the Bowers decided to take the next step in their business venture. “She (Rick’s wife Danielle) and I both are avid pool players and APA members so we wanted to open a pool hall because there are a lot of people that drive to the Springs, at least 50 that I know,” the restaurant owner said. “So, we opened a pool hall restaurant. We have had a lot of problems, but we are not giving up.” 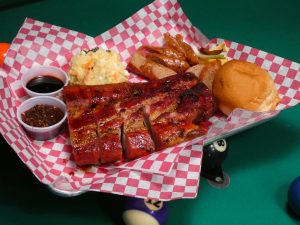 The restaurant will soon be open and it will have seating for around 20 to 30 people. The menu will be similar to what was offered in the food truck.

The Bowers’ goal is to stick mainly with authentic Thai food. “There are only a few things that aren’t Thai that are on the menu,” Bowers said. “We serve Pho which is a Vietnamese soup. And she makes Thai boat noddle which blows Pho out of the water. When she does ribs on the weekend, she does Korean potato salad which is amazing. And the third thing that is not Thai are lumpias, they are Filipino eggrolls. But all of her spices and everything she uses are authentic. A lot of Thai places cheat and don’t use the right basil and the right chili peppers and it takes away from the authenticity. She is really critical about that.”

Bowers said that when the restaurant opens, they will serve everything they offered in the food truck and more authentic Thai food. For now, the pool hall offers delicious items like their mouth-watering ribs, chicken on a stick, and delicious Thai sausage. 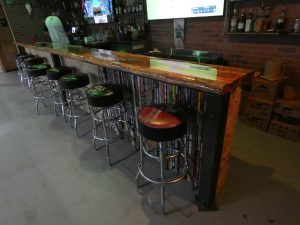 The pool hall plans on being open seven days a week and their plan is to stay open later than most bars and restaurants in town. The pool hall will be open from 11 a.m. to midnight during the week and 2 a.m. on the weekends. Bowers said that he also plans on serving food later than anyone else.