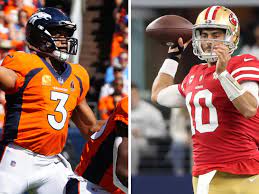 Let me start by saying my preliminary pick about the Broncos beating the Seahawks couldn’t have been more wrong. Wrong yes, but I shall not apologize, nor will I admit it was totally without merit. Kudos to the Seahawks for playing an outstanding game in all three phases, offense, defense, and special teams. Special kudos to the Seattle 12th-man. The noise in the stadium raised havoc with communications for the Broncos.

However, that was a completely lopsided game in favor of the Broncos. What happened was a perfect storm of negative incidents that cost the Broncos the game. Foremost of those incidents was coach Hackett’s decision to attempt a 64-yard field goal instead of letting Wilson go for it on a fourth and five on the Seattle 46-yard line, at the end of the game. But that wasn’t the only nail in the coffin.

All that being said, after watching how sloppy the Broncos played against the Texans last week, I honestly have to question the hype surrounding the Russell Wilson trade. I bought into the hype hook, line, and sinker. Maybe it was sheer hope after years of disappointment.

The reality is though, a first year veteran quarterback coming to a new team doesn’t usually turn a team around in the first season. Peyton Manning went 13-3 his first year with the Broncos, but didn’t get the team to the Super Bowl until 3-years later, and they got creamed by the Seahawks in that one (2015). The Los Angeles Rams went 10-6 in 2020 before trading for Matthew Stafford who took them to the Super Bowl in 2021, and won it. But it’s a rare thing.

Anyway, with reality setting in and the team playing out of sync like an old Pontiac running on 3-cylinders, it’s going to take time for this team to find itself. Procedure penalties, delay of game penalties, and just frustration penalties are a mostly the result of being out of sync. This is especially noticeable with new head coach Nathaniel Hackett. He seems overwhelmed by the responsibility and speed of the game. He is often indecisive and seems to be second guessing himself a lot.

We expected so much more, like scoring over 30-points a game. We’ll have to keep up with the Chiefs, Chargers, and even the Raiders, yet in two games the Broncos have only scored a combined32-points.

Anyway, this Sunday evening, the Broncos host the 1-1 San Francisco  The Niners got beat in their first game by the Chicago Bears in much the same way the Broncos have been playing. The 49ers refused to get out of their own way against the Bears. San Francisco committed 12 penalties for 99 yards, turned the ball over during a fateful fourth-quarter swoon and generally looked as sloppy. But, that was with first round pick Trey Lance behind center. It didn’t take long for 49ers Head Coach, Kyle Shanahan to bench Lance for veteran, Jimmy Garoppolo. Garoppolo pulled the team together last week and man handled the Seattle Seahawks, 27-7. And that was without the 49ers’ super tight end, George Kittle. Kittle will likely be back this week against the Broncos. He alone gives the Niners a one touchdown advantage over the Broncos. Add Deebow Samuel to the mix and you can add another touchdown to this equation.

Bottom line, the Broncos are not going to pull their heads out of their a#$% before next week. We of great faith hoped the Broncos would be heading into this game with a 2-0 record and a chance to shine against a good team. I would have called this one a toss-up had that been the case, but that is not to be.