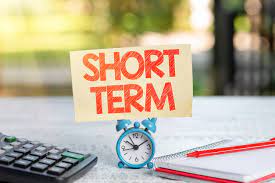 It’s now Green Mountain Falls’ turn to weather the storm regarding the short-term rental (STR) controversy, raging across the region, state and country, with their first public hearing on proposed STR guidelines set for this evening (Sept. 20).

But local residents, property owners and business operators shouldn’t look for any speed records in reaching the finish line regarding this complex issue, which has already sparked several government-mandated moratoriums in the area. This could become the first of a series of public discussions on STRs in GMF, which have been booming across the mountain landscape of Colorado.

And up the Pass in Cripple Creek, Teller County leaders on Thursday morning are bracing for a final decision on the government’s first revised rubbish ordinance in 20-plus years, with a renewed crackdown against excessive trash, junk cars and old building material.

These are the highlights of upcoming government meetings in the Teller and Ute Pass high country.

In Green Mountain Falls, the board of trustees are scheduled to host a public hearing sept. 20 on their proposed guidelines for STRs, commonly referred to as vacation homes. With the plethora of web sites for visitors and tourists, such as Vrbo and Airbnb, and an increase in the use of these temporary units, town leaders in many municipalities are slamming on the brakes regarding future applications.

Unlike neighboring jurisdictions, the issue in GMF doesn’t come down to any debates on the number of STR properties allowed, but rather on enforceable rules, aimed at satisfying the concerns of local neighborhood residents and protecting property rights, while adhering to the tourist-related image of the community.

“We have had a broad spectrum of comments,” said Mayor Todd Dixon, in describing the posts provided online, since the town administration outlined its 11-page ordinance.

He said some even wanted to do away with all STRs, while others want to extend the use of these properties.

According to Dixon, the local elected leaders mainly want to adjust the proposed rules to come up with enforceable guidelines.

“We want to tweak the rules (on STRs) to get them right,” said the GMF mayor. “We are not in a hurry. It is going to take some time.”

Currently, the town has imposed a limit of 60 STR properties throughout the entire town.  The mayor doesn’t see this limit getting extending, which means if property owners have not submitted applications, they may soon be out of luck. The town currently has more than 50 STR properties on file, a number that is getting close to the capacity limit.

Instead, the primary focus of GMFs STR approach deals with more defined management rules and guidelines.

“We really have no regulations regarding STRs, other than we can’t have more than 60,” related the GMF mayor.

On the other side of the spectrum, some local property owners caution against making a problem out of something that really isn’t an issue, with a small number of STRs generating the thrust of the complaints.

Dixon says he strongly supports the 60-STR cap limit, but doesn’t endorse restrictions in certain pockets of the residential areas due to pending legal challenges. In reality, he says the town has a good abundance of STRs for the size of the community.

The proposed draft ordinance suggests possible ways to expand the 60-STR property cap limit, if the owner of the dwelling lives there and is just renting out a portion of their property

The council, though, is divided on this issue. Dixon said he favors more leniency for these types of owner-occupied properties, especially if they stick to the 30-day rental limit, but opposes extending the 60-STR cap.

Under one plan, owner-occupied properties wouldn’t count as part of the 60-STR property limit.  Dixon also said that hotels wouldn’t be included in this tabulation.

In an earlier discussion, the STR rules used in Boulder were thrown out on the table. A few residents stated that they offered some good guidelines in the area of fire mitigation.

But mention the Boulder word in a mountain community in the Pikes Peak region, and some STR property owners get very nervous.

“Our goal is to come up with an ordinance that we can enforce and that has some teeth in it,” said the mayor.

Another idea mulled to better deal with the GMF STR property limit involves a a “use it or lose it” plan for STR applications.  Elected leaders and even STR property owners mention a problem with unlicensed properties, upping the number of pending units to an artificial level.

The mayor said that having visible signage for actual licensed STR properties could help with this problem.

The mayor didn’t set a timeline for finalizing new STR rules, but some officials would like the plan completed by the end of the year.

STR ordinances aren’t the only hot topic on the government hotline this week.

In Cripple Creek, the Teller County commissioners will hold a final hearing on their highly publicized rubbish ordinance, representing the first comprehensive revision of these regulations since 2001. Already, the county has been bombarded with a plethora of online commentary regarding the new rules.

According to County Administrator Ross Herzog, most of these comments have supported the proposed ordnance and even favor a more aggressive enforcement stand. Under the new proposed policies, the sheriff’s office will assume the brunt of the renewed enforcement action.

In two previous meetings, no public comments were made regarding these rules. When the plan was first introduced, comments were largely mixed.

With the growth in population, complaints have exploded, according to Teller County

Commission Chairman Dan Williams, who served on the front-lines in addressing this problem for years during his time serving as a Teller lead planner.  Williams said the ordnance is designed to strike a balance between protecting property rights and trying to clean up problem areas.

The need for a renewed crackdown against illicit trash sites was capped by a recent major drug bust, in Florissant, involving the confiscation of  more than 150 Fentanyl pills, illegal substances and weapons and stolen vehicles. This bust occurred in an illicit dump site, with many people residing in extremely unsanitary conditions and an area filled with junk cars and trash. Law officers see the new ordinance as a way to better curtail the illegal drug traffic, so suspects can’t hide out in illegal trash sites and in abandoned, inoperable vehicles.

The final hearing on the rubbish ordinance is scheduled for Sept. 22 in the  Centennial Building in Cripple Creek.