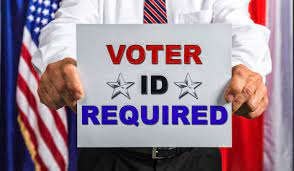 Even Teller County can’t escape the national controversy over election and voting security.

Last week, local elected leaders and officials weighed in on this heated issue during a lively discussion  at the Teller County commissioners meeting  in Cripple Creek that offered some differing opinions and perspectives.  At times, officials found themselves at odds with each other over a controversy that has definitely hit the national stage, but has mostly avoided Teller.  That apparently isn’t the case anymore.

The debate began as Teller resident Tim Northrup continued has campaign against the  voting machines, dominated by the Dominion products, that are used to tabulate results. He made a plug, as he did at a previous meeting, for implementing a hand-count system. He maintained that this would create much more voting confidence and really wouldn’t cost that much. “There would be no manipulation of votes,” said Northrup. “There is something going on with the voting records. Something is fishy with the machines.”

He said he didn’t see any problems in Teller County, but cited concerns  in other parts of the country, especially in Florida. The resident provided the commissioners with a packet of information to review.

Northrup mentioned a return to  the traditional hand-count, a system that was used in Elbert County during a recent election, as a way to enhance “voter confidence.”

His comments received mixed reviews, but triggered a lively debate on the issue of voting and election integrity. Commission Vice-chairman Erik Stone lauded Northrup for his commitment to this issue and for giving them considerable information. But in reviewing the hand-count used in Elbert, he told Northup, that in reality, this didn’t change any results. “The outcomes were exactly the same,” said Stone.

Also, Stone indicated that the problems with hand-counts is that they introduce elements of human error.

But Stone noted that he is concerned with the overall issue of “ballot security” with the mail-in system. He raised serious concerns over “ballot harvesting,” with individual residences, in essence, becoming insecure, mini-polling places that could get targeted by various special interests and political parties, and sometimes by family members. “That is  my  main concern,” said Stone. “Ballot harvesting is illegal.”

Stone explained that he and wife cast their ballots in designated vote centers as part of a regular tradition. Stone noted that these centers have assurances of voting and ballot security. “We need to have the same security (with mail-in ballots).”

Moreover, he fears these same safeguards, which occur at polling centers, don’t occur at individual homes and worries about  ballot security with the mail-in process and the personal handling of ballots once they are  mailed out.   “A polling place is a home,” said the commission vice-chairman, who formerly served as the chairman of the Teller County Republican Party.

And according to Stone, representatives of both parties are targeting certain individuals, and even cited reports of ballots getting handled by third-parties. “Teams of people take possession of ballots,” said Stone, who blamed representatives of both the two major parties.  “It violates the spirt of the law,” added Stone, who has even favored more legislation regarding this particular issue.

He doesn’t see a problem in Teller County, but mentioned concerns in other parts of the country and possibly in other sections of Colorado.

However, Stone’s account of the voting system clashed with the views of Deputy Clerk and Recorder Stephanie Kees, who will become the new clerk and recorder next January. She stated that the entire issue comes down to “voter responsibility. You need to take responsibility of your voting record,” said the deputy clerk.

According to Kees, the current voting system is working quite well in Teller County and across the state, with the process providing a full-proof defense against fraud.  Both she and current Clerk and Recorder Krystal Brown argue that many of these reports of fraud are not backed up with any facts and  abound with conspiracy theories.

Kees said that currently about 90 percent of the votes in Teller County are done, via the mail or by drop-off boxes. In fact, she mentioned the latter outlet as probably the most popular method used by Teller County voters. In the wake of the coronavirus epidemic, the deputy clerk said that  not as many people visit vote centers.

A few elected leaders didn’t hesitate, though, at last week’s meeting in expressing their views regarding the current election security issue. “Teller County Commissioner  Bob Campbell, who is running for re-election, cited concerns with the “process of the ballot rolls and how ballot rolls are maintained.” This deals with inactive or ineligible voters who are not taken off the voter registration records.

But again, Kees responded to this concern, stating that the real solution rests with “voter responsibility.” For example, if people move out of the county, they need to take the necessary steps to re-register in another locale and to take their  name off the Teller registered list, noted the deputy clerk.

Campbell’s opponent in the election, Democrat Dennis Luttrell, appeared to side with Kees on this issue. “With our freedoms come duty and responsibility,” said Luttrell. And in a joking manner, he assured the Republican leaders that local Democrats aren’t trying to stack the ballot boxes.

Commission Chairman Dan Williams, meanwhile, took a more conciliatory tone, and said he fully trusted the way the elections are handled by the local officials. He said he is worried that the controversy over this issue is “hurting voter confidence. We need some healing.”

Williams notes that all elections result in winners and losers. “Personally, we all think we should win,” said Williams.

The commission chairman expressed more of a concern with the lack of acceptance in the election results by those who fall on the losing side.

That said, Williams said he would be willing to work with legislators regarding any changes they want in crafting laws for more election security. Teller County Assessor Colt Simmons mentioned Missouri as a good model to follow with a new law on voter integrity.