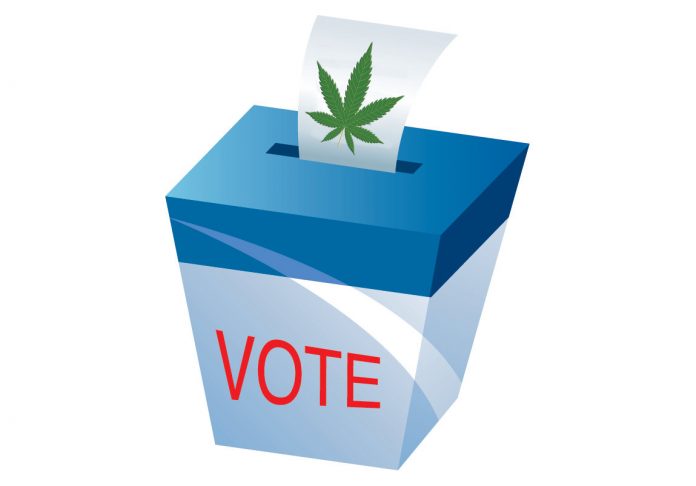 Call it the grand finale for what some locals are describing as the “Reefer Madness and Junk/Trash Heyday” shows.

This week, elected leaders in Cripple Creek and Teller County will finalize two of the most discussed and contested ordinances in months.

On Sept. 7, the Cripple Creek City Council will put the closing touches on ballot propositions, calling for voters to decide the fate of plans for the retail sale and grow operations for future marijuana outlets within the city of Cripple Creek. In addition, leaders will okay related tax plans for retail weed.

At issue are the exact excise, sales and occupational tax levies for future marijuana operators.

At a previous meeting, city attorney Erin Smith said a citizen-initiated petition ordinance, calling for the legalization of retail marijuana, met the requirements for a ballot initiative. But she said their plan didn’t meet the constitutional requirements for adhering to the Taxpayer Bill of Rights restrictions.

At Wednesday’s final hearing, the tax matters will get resolved surrounding this issue. Smith had wanted to review the taxing amounts that other jurisdictions, which permit legal weed operations, permit, and what is allowed.

And even if a marijuana levy is decided on, the city doesn’t necessarily have to tax operators the full amount. The language is mainly needed so the city can retain all the revenue generated from legal pot.

According to Finance Director Paul Harris, the city has set a flexible potential revenue amount, ranging from as low as $100,000 per year to  $1 million. He cited Central City, a fellow gaming community in Colorado, as a good model to follow. Central  City nets between $300,000 and $350,000 a year from retail marijuana.

Officials still aren’t sure how much Cripple Creek will receive in legal pot revenue, if the issue gets approved by the voters, as no specific plans have come forth for an actual reefer establishment.

Comments are fairly mixed, with proponents saying this would open the door more for Cripple Creek to compete with other entertainment/tourist towns in Colorado, and it would help the community obtain money from other sources than just limited gaming. Since the pandemic, the city of Cripple Creek has experienced a huge decline in betting device fee revenue, monies that normally fund the government operations.

Critics, including many law enforcement officers, are crying foul, and maintain that Teller County and  Cripple Creek, just don’t have the resources to handle the potential impacts from legal weed.  They worry about this proposition creating more crime and a growing  bad element for the area.

Cripple Creek isn’t alone in their pursuit for legal weed.  A city-wide issue will get voted on in Colorado Springs. This verdict could become a deciding factor in how many gaming operators pursue their plans in Cripple Creek.

Legal pot isn’t the only hot topic entering the final stages of discussion by elected leaders this week.

On Sept. 8, the county commissioners will conduct a final hearing on their proposed rubbish ordinance.

If approved, this could lead to a streamlining of more enforcement against illegal trash hoarders, junk car vehicle operators and those who litter properties with old building materials. The revised law could go into effect in mid-October.

This issue has hit the center stage more due to a recent major drug bust in which the suspects were reportedly hiding inside the confines of mini-dump areas that reeked of unsanitary conditions and were areas of concern for some time.

Under the new plan, the enforcement will be handled by the sheriff’s department, and not the community development services.

Also, the new rules, the first overhaul of the county’s rubbish rules in two decades, would open the door for anonymous complaints.

Still, the anti-trash campaign would occur through a complaint-driven system and won’t encourage active junk patrols by law enforcement officials.

To date,  most comments on the new ordinance, via the county’s website, have favored the increased crackdown against excessive trash and inoperable vehicles, according to the commissioners. With an increase in population, they concede that complaints are on the rise.