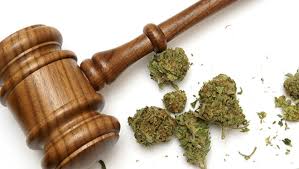 The lengthy race towards legalizing retail marijuana in Cripple Creek could soon reach the finish line, at least in the form of  an official ballot question.

According to Cripple Creek City Administrator Frank Salvato, this hot topic is slated for discussion at this Wednesday’s regular council meeting. He stated that City Attorney Erin Smith is finalizing the wording of an official ballot proposal.

Salvato wasn’t sure if it would require two separate questions. In the past, officials stated that if this issue progresses, citizens would decide on the subject of legalizing marijuana itself and then face another vote on the tax implications, as part of the Taxpayer Bill of Rights’ rules.

At a previous  meeting, the city council rejected a proposed ordinance compiled by a pro-marijuana citizens group that submitted a petition requesting an end to current prohibitions against the sale of legal weed within the community and setting the stage for retail cannabis operations on a limited scale. The group, called Cripple Creek Wins, had generated more than enough valid signatures from registered voters to force a ballot question.

Concerns were raised, though, by Smith about the tax implications and a proposed document that calls  for  a 5 percent excise tax. Smith stated that this tax plan doesn’t meet the current constitutional requirements. She suggested that the city propose its own tax question pertaining to the pro-cannabis ballot plan.

Technically, the council could have approved the pro-marijuana ordinance and not had a vote on the actual subject of legalizing marijuana outlets, but a related tax issue would still have to get approved.

Last week, Salvato noted again that the council and staff have taken a neutral stance on this issue and view the marijuana  question as a community decision. “This is not a Frank Salvato decision. This is a community decision,” said the city administrator, in a previous interview.  He has reaffirmed this stand and contends this is the position of Creek elected leaders.

He doesn’t believe the council will take a formal position on this topic, as it has on other ballot measures.

That stance, though, hasn’t been adopted by the Teller County commissionesr, who have come out verbally swinging in opposing the measure.

“We just don’t have the resources for this,” said Commission Chairman Dan Williams, in an interview last week, following the board’s regular session.

However, the commissioners didn’t publicly comment on the marijuana measure at their regular meeting last week.  In recent meetings, the commissioners and Sheriff Jason Mikesell have raised many red flags over legalizing retail marijuana in the Creek, and say it  would destroy the image of the area and create a dangerous element to the town and for Teller County.

Williams last week took a more toned-down stance in his comments on this pending ballot question.

“We will respect the voters’ decision.  We just ask that the voters educate themselves on this issue and realize all of the impacts we will face,” said Williams.

He stressed that the county just doesn’t have the resources to grapple with the potential problems on a variety of fronts. Plus, he fears it will cripple the town’s family-oriented image and possibly disrupt the flow of regular tourist travelers. “This is a family town.  That (image) will fundamentally change,” added Williams.

The big unknown is how much money legal weed will generate for the town, if voters give the okay.

The city of Cripple Creek is currently under some financial pressure, a reason that supporters of the issue have highlighted on lobbying for the pro-cannabis change.

The city can’t rely nearly as much on betting device fee revenue, as gaming establishments in the post-COVID-19 era have learned to operate with fewer games and slot machines and tables. And to further add to the city’s financial woes, they face the possibility of cuts from the state regarding how much money they can retain in tax revenue, and ultimately are looking at adopting new legislation.