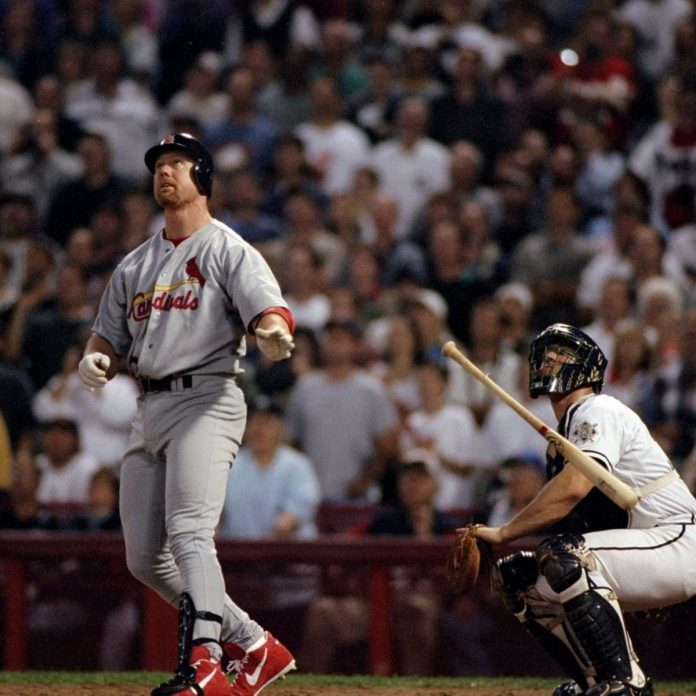 Move over Joey, as your 35-year-plus reign in hitting the most grandiose home run in history may be coming to a conclusion in Victor

The City of Mines is hoping to attract world-wide acclaim this Saturday as its popular Gold Bowl field will feature an invasion of baseball home run gladiators who hope to set a new Guinness World Record. Talk about “Field of  Dreams,” Part II.

The competition is officially titled as the bout for the “Longest Batted Baseball Hit on Earth.”

“It is crazy,” admitted head promoter Ernie Granville, a self-proclaimed fan of America’s favorite past-time, who also sports a career as an attorney and play-by-play baseball announcer in Texas. “We are going to have a lot of YouTube personalities and folks from the Guiness World Records and the contestants (and their families and friends.) This is what baseball is all about. I love the romantic side of the game.”

And of course, there are the contenders, featuring a diverse mix of sluggers from colleges and various baseball competitions, including one challenger who does a mixture of baseball slugging and golf driving contests.

Altogether, the list of sluggers is listed at between 10 and 12, according to Granville.

But the big question: Will the record get shattered?

The head event promoter is cautiously optimistic, based on the list of competitors and the nearly 10,000-foot altitude of the Gold Bowl, and the Victor magic. Victor has been gaining a niche for a town that does host some unusual competitions and events.

“This is going to help put Victor on the map,” admitted Kim Lottig, the Victor Main Street Manager. “Everyone up here is very excited.”

Granville searched the country for a possible field to make this happen, especially in Colorado. Legend has already been stirred about goliath home runs at Coors Field, with the Rockies typically sporting some great home run hitters, like Larry Walker, Todd Helton and Nolon Arenado, and  a climate that has become a mini-disaster for pitchers. The only problem with Coors is that most home runs are halted by the stands, waterfalls, drunk fans trying to catch the balls, and you name it.

With Victor’s thin air and love for zany competition, this feat is expected to occur.  At one point, Granville toyed with the possibility of Silverton, but chose Victor mainly because of the community support he received.

“I really credit Kim (Lottig) for making this happen. She gave me a lot of encouragement.”

Plus, the city council even approved the competition in a formal vote last winter.

Theories abound about different records, but it is pretty clear regarding details of the longest recorded home run.

Joey Meyer, a promising first-baseman for the Denver Zephrys, a Triple-A minor league club, delivered a bomb in a June 2, 1987 game against the Buffalo Bisons at the old Mile High Stadium in the 7th inning with two outs and two strikes against a breaking ball.  His home run cleared the second deck of left field.  The hit soared to a record 582 feet, propelling Meyer’s career, who was eventually drafted by the Milwaukee Brewers. A video of the feat shows that not a single fan was even near the hit that gave the Zephs an exclamation point in their win.

Unfortunately for Meyer, he couldn’t’ quite duplicate his home run magic into the major league level, and only played major league ball for two years. He now reportedly works in the security department for a hospital in Maui and doesn’t talk about his time in professional baseball.

A few sluggers have come close to matching the feat, based on online articles, such as Giancarlo Stanton of the Miami Marlins at Coors Field in 2016 and Nomar Mazara  of the Texas Rangers.   Rumors abound too about earlier home run blasts from the likes of Babe Ruth and Mickey Mantle that may have even exceeded 600 feet, but these earlier hits are sometimes disputed and have amounted more to legend that fact.

At the college level, reports have circulated about the heroics of players from Oklahoma State. Sorry, Oklahoma boys, no cigar as Joey holds the record.

At least until this weekend in the City of Mines.

The competition is set at the Gold Bowl for August 6, starting at 9:30 a.m. The schedule calls for an all-day competition with an hour break for lunch, to make time for autograph signing. An extra, alternate day has been set too for Aug. 7, just in case weather delays occur.

Pitches will be delivered to the contestants, via people throwing them the ball directly or through a hitting machine, according to Granville.

Some of the notable contenders, according to a city press release are Will Taylor (of the “Baseball Bat Bros.”); Eric Sim (AKA “King of Juco”); Jeremy Nowak (AKA “The Swingman”); and Drew Burress (a top prospect).  Other athletes will be announced soon, all of whom have been known to hit exceptionally long home runs.

While many notable homeruns currently compete for the title of “longest batted baseball”—no one has ever attempted to hit a baseball under conditions such as these, at 9,708 feet above sea level during the heat of summer.

Optimism is running high about the pending record, according to city officials, who  note in a press release, “On August 6, a new name and a new measurement will be stamped into the baseball history books.”

“Moonshots live in that place between audacious projects and pure science fiction.”