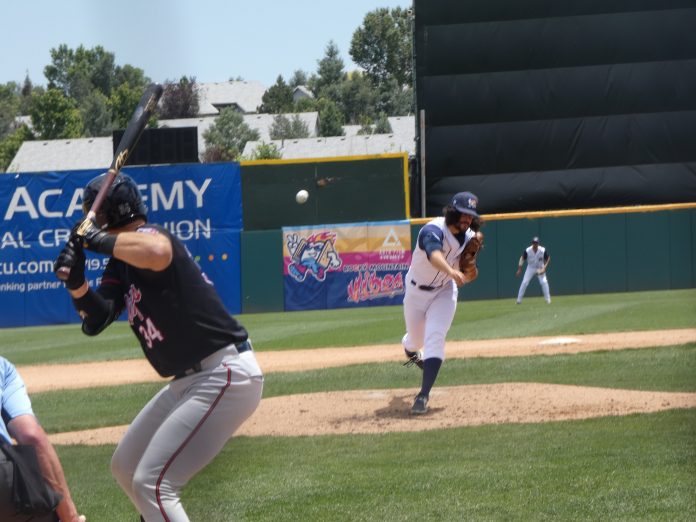 When the month of May kicked off, local baseball fans were excited to see the Rocky Mountain Vibes back on the field for summer diamond action.

However, after the first few games, many of their fans realized that watching the team this season would be very similar to watching the Vibes lose quite often in 2021.

The Rocky Mountain Vibes started their 2022 season in May, which marks the second year of their contract with the Acereros de Monclova Mexican baseball team. But after suffering from a rough-looking losing record for the first month and a half of play, the team’s executives got together to find some ways to make improvements to the organization as a whole. 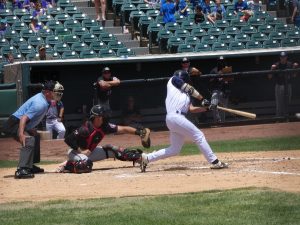 In the end, the team decided to complete an entire overhaul of the team’s players and coaching staff. In order to make the much needed drastic changes, the team had to renegotiate their contract with Monclova and change their methods of recruiting talent.

One of the first changes made were to the organization and coaching staff. To start, the Vibes hired the head coach of the University of Colorado at Colorado Springs (UCCS), Dave Hajek, as the head of baseball operations. He will take on the duties of forming the Vibes’ roster.

Hajek originally was hired in 2021 to be the manager of the team, but withdrew from the role once the development agreement with Monclova was signed. Hajek plans to stay on as the head coach at UCCS while he manages the Vibes’ roster and helps with coaching. 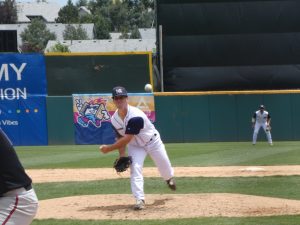 “I am happy and honored to be back to UCHealth Park with a role that directly influences the performance and play on the field,” Hajek said. “Myself and the entire Vibes front office want to win, and that’s exactly what these moves are going to do for us. I’m very excited to retain some of the high-level talent from Monclova while also be able to bring in talent from outside the organization.”

The Vibes also hired Joe Mikulik as their new field manager and Mike Garcia as their new pitching coach. Mikulik spent the 2021 as the hitting coach for the Grand Junction Rockies. He sports 11 years of experience playing in the minor leagues, and has served as a manager for the Asheville and Frisco baseball clubs.

“Our goals align into one very simple one: we want to win,” the team’s new manager said. “Because of that, I’m going to work hard to instill a winning culture into the Vibes’ clubhouse and bring a trophy back to Colorado Springs this season. The first half has been rough, but all we have to do is win the second half, and that’s exactly what this team is going to set out to do.”

Garcia returns to the Vibes as the pitching coach for the second straight season. Garcia boasts a 17-year professional resume including two seasons for the Pittsburgh Pirates.

Along with the coaching changes, the Vibes already made several changes to their player roster as well. In fact, out of the 23 players that started the season, only 12 of those players remain on the roster.

The Vibes returned nine players to the Monclova Academy, placed one on the injured reserve list, and put one of their catchers on the inactive list. They also added 13 players through trades and free agency, seven of which are pitchers.

Poised for Winning Streak in Second Half of Season

According to the team President and General Manager Chris Jones, in order to change the team’s roster and coaching staff, the organization had to revamp their contract with Monclova so that they could recruit players from the Mexican team as well as do their own recruiting like other Pioneer League teams.

“While the Vibes themselves haven’t had a long-standing history, baseball in Colorado Springs has, and we felt that it was important to give the fans a winning ball club,” Jones stated. “Our relationship with Monclova still stands strong, and we look forward to this new era in Vibes baseball. A mix of Monclova players with an infusion of home-grown talent should take this team farther than most in the Pioneer League both on and off the field.”

And ever since the new changes were made, the Vibes started picking up more wins almost instantly. The team’s leaders all seem to be very optimistic towards what is in store for the team for the second half of the 2022 season.

“We are positioned well for a run in the second half,” Jones said. “We still have a player development agreement with Monclova, but this now gives us access to a lot more talent without as many restrictions. So, we are moving to more of a hybrid agreement where we can still have good young players from the Monclova system, but with the ability to supplement the roster with players from around the [United States] like the other Pioneer League teams are able to. This allows us to be a much more competitive ball club.”