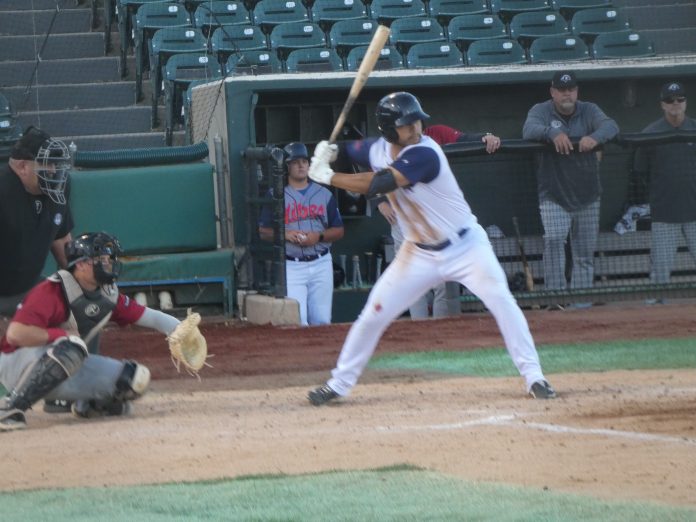 Now that summer is literally only about a week away, local baseball action is officially in full swing in the Pikes Peak region.

The Rocky Mountain Vibes have been back on the Diamond at UCHealth Park in Colorado Springs for two lengthy home stands now.

Last Friday, the Vibes launched their special new hometown jerseys for their Friday Fireworks night 2022 debut. The stadium was packed for the event as the team was wearing their new baby blue jerseys with “The Springs” embroidered on them.

And, the full stands must have helped the team out on the field because they had probably their most successful game of the season. Last Friday, the Vibes overcame the tough Idaho Falls Chukars 9-5.

In fact, Vibe fans must have been thrilled to see the team’s second victory of the 2022 season. And hopefully their recent triumph against a stellar Pioneer League team can give them the momentum they need to keep winning games and improve their standings.

The Vibes are part of the independent,  MLB Partner League and are a member of Pioneer division. This is part of changes with the operations of minor league baseball, which went through an overhaul last year.

Currently, the Vibes have a 2-13 record making them the worst team in the Pioneer  League  However, it is still early in the season and the Vibes have a good chance to better their schedule with two brand new teams in the league this year.

The team sports mostly new players this season. Last year, the Vibes record wasn’t the greatest, but their team proved to be successful by developing several players who moved on to sign deals with major league teams

Currently, rookie infielder Ulysses Cantu leads the team when at the plate with 25 hits, two homeruns and a 0.385 batting average. Outfielders Gio Diaz and Domonique Hernandez have also racked up more t than 20 hits apiece,  and sport batting averages over 0.370.

The Vibes ended their home stand against the Chukars last Sunday and then they went back on the road for a six game stint against the Boise Hawks. The team returns home on June 24 to face the Northern Colorado Owls.