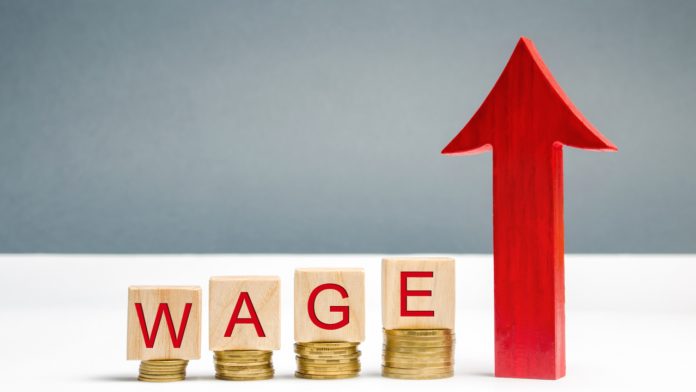 The previous council opted to get a city compensation study conducted to see how city workers’ wages compared with other similar positions in the area.

The compensation study was completed by city staff with the help from an outside agency called Employees’ Council. Last Thursday, the council held a special work session before the regularly scheduled meeting to present the study’s findings.

However, the study sparked  a pushback from certain council members. Some members of the panel questioned the accuracy of the data presented, and thought that the data was missing  key points.

At the end of the regularly scheduled meeting, the council decided to make a consensus to accept the study. But the study was accepted under the condition that the elected leaders would be able to get further information.

The overall theme of the presentation was that most of the city’s workers were being underpaid .The staff presented a solution to move wages up to a more competitive level, which involved moving positions up pay grade levels and moving staff into different positions.

The goal of the city staff’s compensation plan was to bring the city’s average salaries up to the midpoint found in the study after conducting research on the various city positions. The city proposed to give a higher cost of living wage increase each year to employees. The increase would  start this July and last until Jan. 2024.

By 2024, though, the projected numbers for the salary raises show that the city could experience an annual projected $87,000 deficit. The city staff said that they hope that the revenue projections for the future are conservative, and that revenue will increase more than what was projected.

“Assuming nothing changes, there is going to have to be some active management of the budget to offset that $88,000,” Woodland Park City Manager Michael Lawson said. “And $88,000 is fairly manageable.”

Councilmember Robert Zuluaga was concerned that employees would be compensated for time on the job, and not necessarily for work performance. Lawson replied by saying that the city has integrated a strong hard-working culture, and that if people don’t pull their own weight, they “self-eject” from their position.

Utility Director Kip Wiley reiterated that employees do not get promoted just based on tenure. He said that raising the wages of workers would help them get more employees for open positions and help maintain current staff.

Councilmember Rusty Neal was concerned that information on how many people were leaving their jobs was not presented. “I have been in both the commercial sector and the government sector, and the one thing I have learned in both sectors is that salary is not everything for keeping employees,” Neal said.

“We are trying to solve a problem but there is a glaring piece of data missing for me. What’s the churn rate by grade that we have right now? Everybody is saying we are losing people, but every business I have ever been in whether it was the military or commercial, the first thing we look at is what our churn rate is. What is the rate we are losing people by grade? And, you haven’t presented that piece of data.”

The city manager said that they do not have the information per grade, but he estimated the turnover rate for city employees last year was about 42 percent. Neal also questioned where the money for the raise in employees’ wages would come from.

The staff explained that most of the city’s wages came out of the general fund. The city’s public works and utilities workers’ pay comes from the water and wastewater funds.

At the close of the discussion, Mayor Hilary LaBarre recommended that the council reach a consensus to approve the study. At the same time, she wanted the council to get more information regarding the study before any wage changes are made.

The mayor and Councilmember Kellie Case explained that accepting the study did not make actual changes to the current city staff wages. They said that the increase would not come up to the dais officially until they went to do the budget for 2023 later this year.