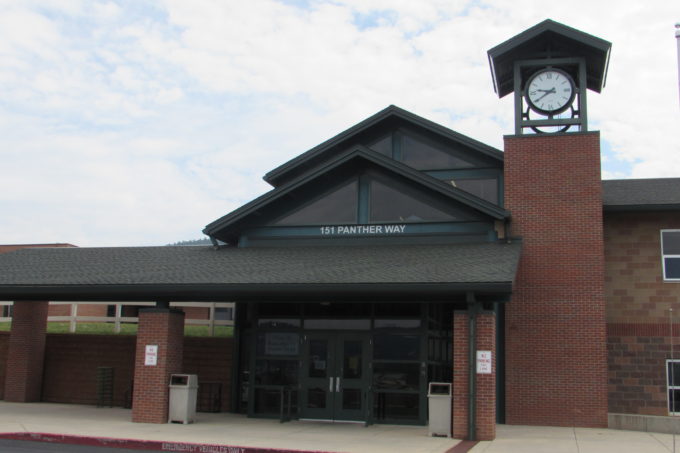 A lengthy fight over the handling of a heavily disputed charter school bid in Woodland Park may result in an official ouster effort against the majority members of the current RE-2 School Board.

Even though school is now over, the tribulations of the Woodland Park RE-2  District have continued nonstop. In fact, the board has been regularly calling special meetings that have mostly been related to chartering Merit Academy.

At issue are decisions by the board to accept Merit as a charger school and pursue plans to lease out part of the Woodland Park Middle School to the institution. This move has triggered mixed reviews, especially by a group of local parents and critics of the Merit Academy inclusion.

Last week, the board held another special meeting that was designed for public comment about the lease agreement with Merit Academy, calling for using part of the Woodland Park Middle School next year. The “facilities use agreement” was drafted before the meeting during which school staff answered questions  from the public.

Following the meeting, a group of parents announced a recall campaign to attempt to oust the three new school board members. The group has held several meetings in the last week to gather signatures on the recall petition.

The school board’s president David Rusterholtz started last week’s meeting by explaining why they decided to have a public hearing on the subject. “The reason we’re holding the meeting is because this has to be a very public issue,” Rusterholtz said. “There are a lot of people who are very passionate on both sides of the issue. It seems that there is a very small middle in our community and there’s a group on one side and some groups on the other side. It is a very passionate topic. We want to make sure we have represented and heard from as many people as possible.”

For the second time, the public hearing had representatives from the school staff and Merit Academy to answer questions. The group from Merit started out by explaining that they chose to try to share part of the middle school so that they could help address the district’s declining enrollment and give money back to the district instead of giving money out to a landlord or for construction of a new building.

The Merit team explained that the upgrades to the middle school would be minimal and involve only installing crash doors to separate the schools and putting a removable wall back into one classroom.

They also said that they do not currently have a plan in case the middle school is not ready by August because the way things have been moving they don’t think it will be an issue.

According to the district’s Executive Director of Technology and Operations Miles Tuttle, the middle school staff already started packing up their classrooms before the school year ended, and the district is planning on setting up times for the teachers to set their classrooms up in the fall.

Another question from the public dealt with the financial costs for the facility modifications, with the addition of the Merit Academy. RE-2 District  Director of Business Services Brian Gustafson stated that there would be a cost involved regarding the changes.

“The projected costs could range between $112,000 to $229,000,” Gustafson said. “According to some folks we have talked to the projection is estimated to be in the $150,000 range right now. Ultimately, according to the contract, Merit will bear the costs of the accommodations made to accommodate the Merit School into WPMS.”

Gustafson said that the district will initially dish out the money for the improvements, but then Merit will pay them back. Once the district gets the per pupil money in from the state for Merit, the district will withhold money they give to Merit each month until the modification costs are paid.

During the public comment portion of the meeting, there were initially only four people on the list and then one more joined towards the end of the meeting. Before public comment started, Board Director Chris Austin asked that board members don’t use their phones or have side discussion while people were speaking.

District parent and resident Erin O’Connell started public discussion and spoke up about several grievances she had with the way the board has been operating. She ended her speech announcing that that a group of parents will start collecting signatures for a recall the day after the meeting.

Another person spoke against the board and mentioned how the meetings have been scheduled at the same time as other district events. Another person speaking during public comment ,though, praised the board for including all of the students in the district including those who attend Merit.

Once again the public comment session was basically split down the middle between those speaking against the board and their actions, and those happy with what the board has been accomplishing.