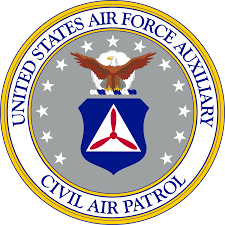 When Woodland Park’s Merit Academy first applied to become a charter school within the Woodland Park RE-2 School District, their steering committee members maintained that there was a demand for a different style of education.

One of the members of the committee used a restaurant comparison, stating that if there was an Italian food restaurant in town people would go there for variety and something different.

Since it opened last fall, the school has been striving at ways to offer an educational flavor that is different for local families including designating the school as a “no politics” institution. Now, Merit has announced that the school will be adding the chance to join the Civil Air Patrol (CAP) for its students.

The school’s charter application was initially denied, but Merit found a way to open up last fall anyways. Instead of becoming a charter school in its first year, the school operated as a contract school of the ER BOCES based out of Colorado Springs.

The school initially opened up for classes inside a local church. But then late last year, they were able to rent an old hardware store building that was one of the only available spots big enough to cater to their student population.

When new members got elected to the RE-2 District School last November, chartering Merit Academy was the first item on their wish list. Last month, the district’s school board approved a Memorandum of Understanding to charter the school which will make it part of the district next fall for the ’22-’23 school year.

By the end of the month, it is expected that the board will officially approve Merit’s application. It is also expected that Merit will move into a section of the Woodland Park Middle School for the next school year.

Last week, Merit officials sent out a press release saying that students who are interested in learning more about aerospace, disaster relief, search and rescue, and leadership will have the chance to get involved with a new local CAP squadron that is part of the U.S. Air Force team.

“Merit Academy in Woodland Park has chartered a CAP school squadron for its students who want to learn and develop skills in Civil Air Patrol’s 3 key missions: Aerospace Education, Emergency Services, and Cadet Programs,” the press release reported. “The mission of CAP’s Cadet Program is to ‘Develop dynamic Americans and tomorrow’s aerospace leaders.’”

The program will be open to both youth and adult participants who will have the chance to receive search and rescue training and develop skills in emergency services, and communications. Anyone between the ages of 12 and 18 can become a cadet that will gain aerospace education that includes orientation flights in CAP aircraft as well as leadership classes, color guard training, physical fitness, and character development.

Merit board member First Lieutenant Jason Ledlie will lead the new unit and the cadet meetings will be offered as an elective course at the school. “We are so excited to offer the opportunities provided through Civil Air Patrol to Merit Academy students, and in time, students throughout the community,” Lt. Ledlie said.

The CAP is a longtime auxiliary of the U.S. Air Force and it is considered a valued member of the military branch. In its auxiliary role, CAP operates a fleet of 560 single-engine aircraft and more than 2,100 small Unmanned Aircraft Systems (sUAS).

CAP performs about 90 percent of continental U.S. inland search and rescue missions as tasked by the Air Force Rescue Coordination Center and is credited by the AFRCC with saving an average of 82 lives annually. CAP’s 56,000 members also perform homeland security, disaster relief and drug interdiction missions at the request of federal, state and local agencies.

Operating as a nonprofit organization, CAP also plays a leading role in STEM/aerospace education, and its members serve as mentors to more than 23,000 young people participating in CAP’s Cadet Programs.