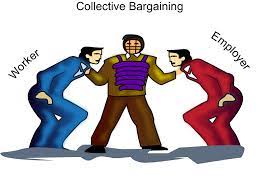 In the end, Teller County leaders just couldn’t overcome a political headwind in their battle against opening the door for collective bargaining for their employees.

However, the original legislation was altered slightly, making it optional for commissioners to agree to collective bargaining contracts. The original bill language would have required them to negotiate and reach an agreement with bargaining units, such as unions.

Still, the county commissioners and some department heads contend the bill could have big fiscal and managerial implications.

The county commissioners opened last week’s regular meeting lamenting the passage of some of the state legislature’s bills, in particular, SB 230, which dealt with the touchy subject of collective bargaining at the county level throughout Colorado.

SB 230 will give county government employees the right to organize a union and engage in collective bargaining starting Jan. 1, 2023. The legislation was led by Senate President Steve Fenberg of Boulder, Senate Majority Leader Dominick Moreno of Commerce City and House Majority Leader Daneya Esgar of Pueblo. The bill passed in the wee hours of the state legislature’s final meeting before the end of the legislation session.

That outcome wasn’t surprising.  But the commissioners, similar to previous meetings, fired a few verbal shots in opposition to the stance taken by the majority lawmakers.

Teller County commissioners Dan Williams and Erik Stone expressed their displeasure with the passage of SB 230 as the meeting got underway. Stone said, “Obviously I’m unhappy.” Williams said, “I’m glad the legislature session is over, but I’m not certainly not pleased with what they did.”

They are still joining the chorus of county leaders across the state in urging Governor Jared Polis , a Democrat, to veto the package. A letter, outlining their stance in a last-minute pitch to the governor, was posted on Facebook. But that is an uphill climb due to the strong support of this legislation by his party, which controls the state House, Senate and the governor’s office.

Bill proponents describe it as a way to allow workers to be recognized and negotiate over key employment standards, such as specific job duties and work caseloads,” safety protocols, wages and benefits. Workers could not be fired for organizing a union and both sides must negotiate in good faith.

Surging Opposition Across the State

However, the effort has faced massive opposition from county commissioners across Colorado and from the Colorado Counties, Inc, the main trade group for county governments. They say their concerns about the pending costs of these changes have been completely ignored, and could have disastrous financial impacts.

Originally, the legislation, described by Teller leaders as an all-out mandate for collective bargaining, would have affected city and education workers and their employers. Now, the plan just will focus on public workers for county governments.

Regardless of the more restricted focus, Teller government leaders are crying foul and accusing the bill proponents of refusing to consider the impacts for smaller rural counties. Moreover, they believe many services, such as road maintenance and snow removal, could get trounced.

Stone initially described the package as a “one-size fits all” law that won’t work for many rural counties, such as Teller.

The commissioners have taken a strong stand against collective bargaining for several months, and even submitted an official opposition letter to Colorado Governor Jared Polis, outlining their concerns. They estimate it could add 35 percent to their labor costs.

Plus, they believe county taxpayers would end up as the real losers as certain non-statutory services, could get eliminated or heavily reduced, such as road maintenance. Stone noted that the county tries to snowplow all roads within 24-hours, following the end of a snow storm.

He sees such resident-friendly programs as getting trashed if this legislation moves forward and possibly the county having to operate with fewer employees.

On a more personal level, Stone believes the bill would create an adversarial relationship between county officials and employees. “We are a family here,” said Stone. “We laugh together We cry together.”

“This sets up a bad relationship between us and the residents. To me, it is offensive,” said Commission Chairman Dan Williams, at an earlier meeting.

The commission vice-chairman fears that the current bill is just the “start” of a flurry of similar collective bargaining mandates that will eventually impact cities and school districts. “This is the start and not the end,” said Stone.

It is still unclear about the specific impacts in the final bill that toned down a few of the controversial mandates. It also exempted home-rule counties.

Officials from local government, including area municipalities, say this bill could have future impacts on their operations,  but they haven’t released many details.