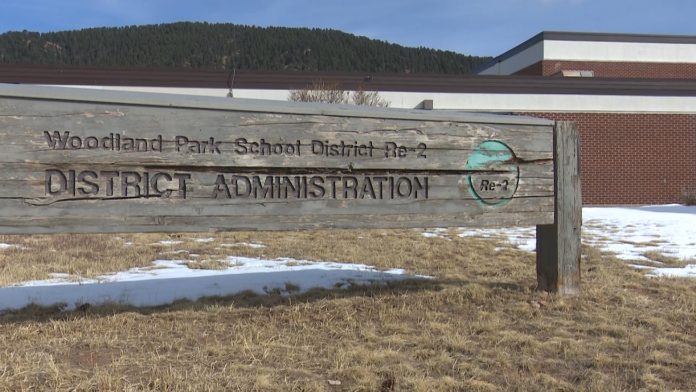 Late last month, a lawsuit filed by a parent in the Woodland Park RE-2 School District against the district’s Board of Education took center stage with the first major court appearance and initial ruling.

District Judge Scott Sells ended up filing an injunction to force the board to follow open meetings laws.

But he also denied a claim by the plaintiff that the board members were having “walking meetings” with more than two members.

So, in essence, the board received a slap on the wrist for the way it is handling its agenda on Merit Academy items, but can still conduct private conversation pertaining to this issue as long as only a few members are present.

In the wake of this action, RE-2 School Board President David Rusterholtz has responded to the ruling that some political observers regard as a “no blood” verdict, and has indicated the stage is set for Wednesday’s town hall meeting for discussion the Merit Academy’s application as a charter school and lease agreement with the RE-2 District  (see related story).

The lawsuit first came about when the school board held a work session and they put an item entitled “Board Housekeeping” on the agenda. During the “Board Housekeeping” portion of the meeting, the approval of a Memorandum of Understanding (MOU) with the Merit Academy was brought up for discussion.

During the meeting, Board Member Chris Austin spoke up about being concerned that the board was not acting transparently. After the meeting, several community members spoke out against the board’s decision to put the MOU under “Board Housekeeping Items.”

Since that first meeting, the school board has approved the MOU for Merit on two additional separate occasions. However, the actions of the board still struck enough concerns from the community that a lawsuit was filed.

In the lawsuit, the plaintiff Erin O-Connell claimed that “the board violated Open Meetings Laws (OML) by the January 26, 2022 post of the agenda entitled ‘Board Housekeeping’, and the subsequent February 9, 2022 re-approval was a ‘rubber stamp’ in violation of the OML and the second re-approval on April 13th was a continuing violation of the OML.”

The plaintiff also claimed that the board members conducted secret meetings among themselves about Merit and the MOU. The plaintiff wanted an order prohibiting the board to discuss public business via by three or more members of the board through a “walking quorum” or a series of gatherings of less than three at a time.

The legal counsel for the school board argued that the lawsuit had more to do with policy differences regarding Merit becoming a charter school than it did with OML violations. The defendants also said that “even if the ‘Board Housekeeping’ agenda item was inadequate the Board cured the alleged violation by properly noticing the meetings on February 9th and April 13th to reconsider the MOU.”

The counsel for the board admitted that board members had had private meetings, but with less than three members present. They assert that the claim of them having “walking quorums” (where three or more people discuss public business through gatherings of less than three) had no legal basis.

In the end, the judge denied the request to file an injunction to prevent “walking quorums” by not letting two board members have private meetings. But Judge Sells did agree with the plaintiff that the board was not acting transparently during the board meeting in January.

“The ‘Board Housekeeping’ agenda item was a conscious decision to hide a controversial issue regarding Merit, the MOU, and the intent to charter,” Judge Sells said in his ruling. “Rusterholtz and the board knew the MOU was a proxy for making Merit a charter school. An ordinary member of the community could not have understood or known what ‘Board Housekeeping’ or Re-Approval of MOU with Merit Academy meant. A preliminary injunction is granted. The defendant shall comply with the OML by clearly, honestly, and forthrightly listing all future agenda items regarding Merit Academy.”

After the court’s ruling the school board’s president David Rusterholtz said that he was pleased with the court’s decision in denying the claim that the board violated the law by holding the “walking quorums.” He said that the law “explicitly” allows for two board members to have meetings as long as there are not three or more.

“At the same time, we respect the judge’s further statement that we must always comply with open meetings law by clearly, honestly, and forthrightly listing our agenda items in a manner that meets the requirements of statute,” Rusterholtz said. “We recognize that public schools have become a place where competing world views are constantly in conflict. So, we will best serve our community by striving to provide specific public notice of our anticipated topics of discussion and by always offering genuine, public debate amongst ourselves prior to taking action.”

He went on to say that the court directed that the board may move forward with the contract for Merit Academy. This week’s board meeting was changed to a town hall style meeting in order to receive more comments from the community about Merit Academy’s lease and contract.